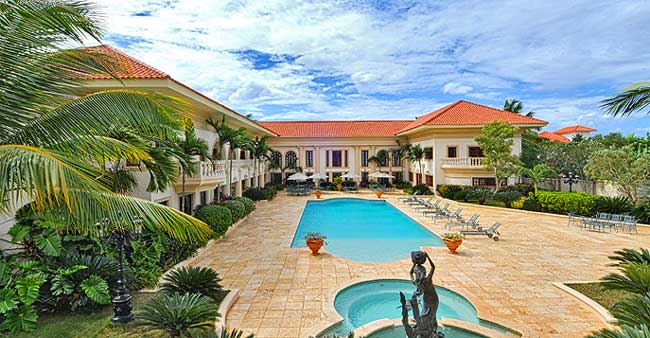 Beyonce and Jay Z are currently here on vacation in Casa de Campo, according to an article published in hoy.com.do.

While we had of course already heard this “rumor”, now that it’s national news, it certainly looks like someone has already let the cat out of the bag. So while we’re not going to reveal anymore – after all everyone deserves a little privacy on vacation – we do have some fond memories of their last visit to Casa de Campo that we can share…

On their last visit to Casa de Campo in 2009, Beyonce and Jay Z were spotted at Minitas Beach with a crowd of famous friends; Shakira, P. Diddy, Lil Wayne, Kate Hudson, Alex Rodriguez and more. This time however it is unlikely that we will get such a personal viewing, their Casa de Campo villa of choice is so fabulous we find it unlikely they will be venturing out much.

Also on that same visit to Casa de Campo in December 2009, the famous couple were celebrating Jay-Z’s 40th birthday, at one of Casa de Campo’s largest and most flamboyant villas – Villa Las Ondinas in Barranca Este (pictured above) – which is also where Justin Bieber, Jaden Smith and T-Junior took a break last June. The star-studded guest list allegedly included Alicia Keys, Oprah, Pedro Martínez, Goldie Hawn and Naomi Campbell, while entertainment included synchronized swimming, songs performed by Jay-Z himself, fireworks and more. Click here to read our original post about that party.

We hope Jay Z and Beyonce have an equally fabulous time on this trip to Casa de Campo, so we’ll wait until they have concluded their little vacation in paradise before spilling the proverbial beans!  Welcome to back!