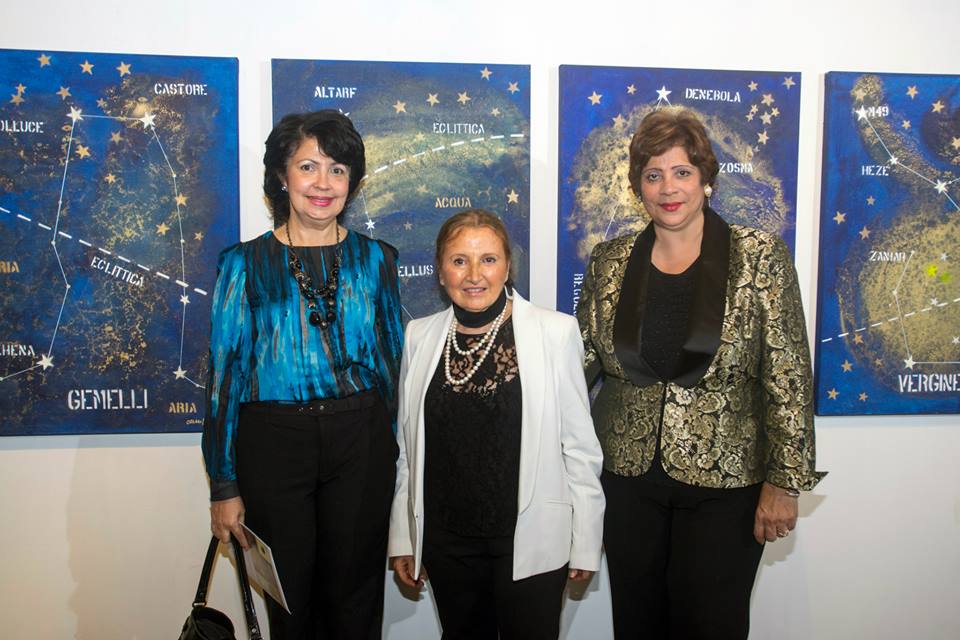 The artist of wide international fame, who is also a member of the Casa de Campo community, well-know for her exhibit “El Viaje, recorridos de la memoria” at The Gallery in Altos de Chavón, as well as as a volunteer art teacher at Hogar del Niño – for which she used the artwork the children produced as well as photos of her experiences to create a wonderful calendar. That calendar is on sale now, so click here to find about more.

In “Twelve constellations”, Ángela Occhipinti continued her exploration of “the journey and the search for the soul and the life of man on earth”, a central theme in all her artwork, but on this occasion presented pieces that represent the 12 constellations.

The exhibition was attended by a large audience and was chaired by Purisima De León de Guerra, Director General of the Centro Cultural Mirador; Peter Bonell, Director of Marketing Casa de Campo; Martha Victoria, Director of the Altos de Chavon Foundation; Abil Peralta Agüero, Art Critic, Odalis Perez, Director of Graduate Studies at the Faculty of Arts of the UASD and Renzo Serravall, President of Casa de Italia, as well as Xiomara Menéndez and Alexandra Avanzini representing the Hogar del Niño, and many of Anegla’s friends from the Casa de Campo community.

The following photos were taken during the exhibition “Twelve Constellations” by Ángela Occhipinto: