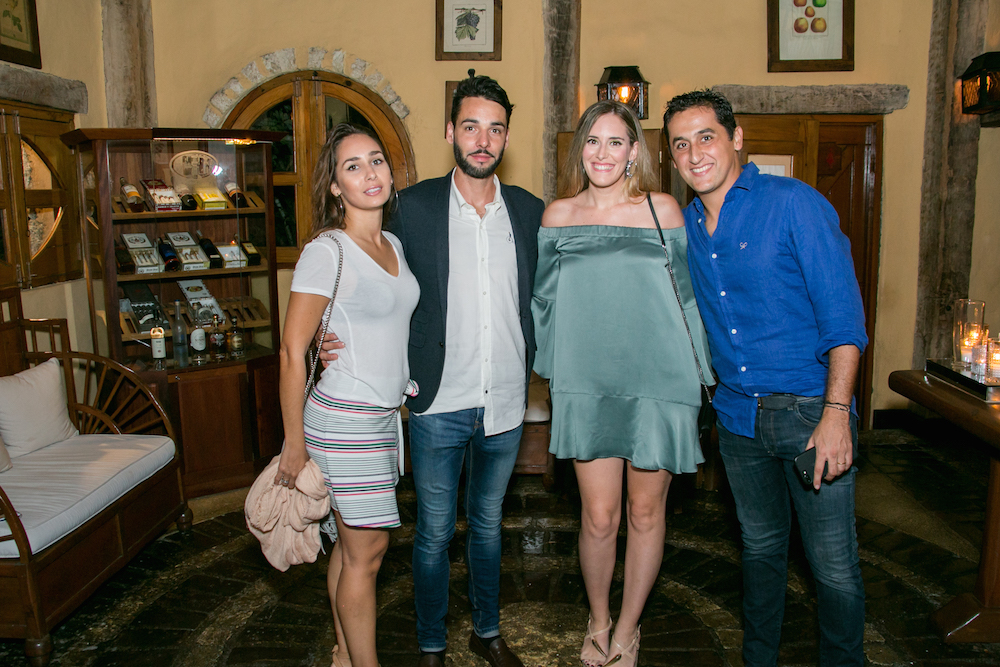 Flavors of the World New York was definitely the perfect way to end this year’s gastronomy series. After a successful first year and an unforgettable second, Casa de Campo’s culinary events ended on a high note this past weekend with New York’s Chef Marco Canora of Hearth Restaurant heading the kitchen.

Flavors of the World 2017 brought us some of the best representatives of varied cities around the world; it was a journey that took us to Bogota, Rosas, London, Buenos Aires, New Orleans, and lastly New York. To end in one of the most culture-rich cities was fantastic as I personally have never visited. Italian-born Chef Canora is known for his unpretentious way of cooking Italian-inspired food, and was a very amiable person who took the time to talk with us and find out how we were enjoying our meal – we definitely were! This year, he was impressively awarded Best Chef – New York by the James Beard Foundation. 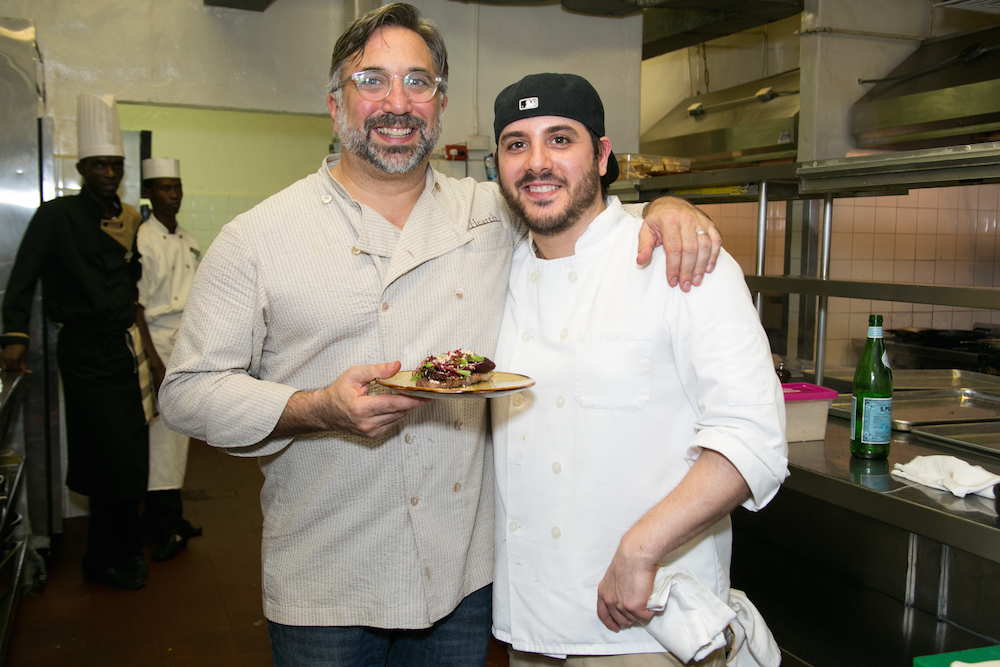 La Piazzetta has been hosting the series for a few months now and it has been a welcome change, giving the community the opportunity to rediscover and fall in love once again with one of Casa’s oldest restaurants. Something that I really enjoy about these events – other than the food of course – is the attention to detail. The wait staff guides you through the journey, explaining each course. To begin, guests were welcomed with Fish Crudo that came with roasted pepper, lemon confit, and fish broth. It was explained to us that Chef Canora tends to use all of what he cooks, and in this case that meant the whole fish! He used part for the sashimi, a portion for the puree, and the rest for a broth, which he recommended be eaten bite after a bite, alternating with the fish to complement the cool and warm flavors. 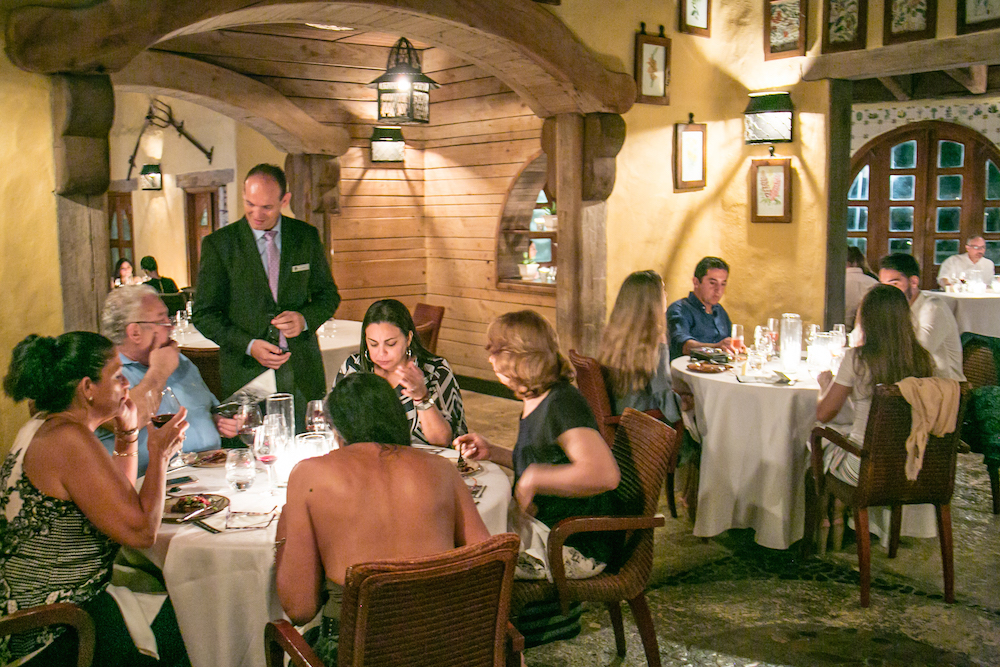 Following this dish was one of my personal favorites, the Eggplant caponata with Stracciatella, local cubanelle peppers, arugula, and pine nuts at the bottom to give the dish a crunchy element. The mixture of the ingredients along with the sweetness of the eggplant and peppers with creamy cold burrata was very memorable and a much talked about plate. The next of the tasting menu consisted of Veal tartare, accompanied by a glass of Pinot Grigio, and thinly sliced fried plantains as Chef Canora likes to add a local ingredient to all of his dishes. In the fourth course, he honored his Italian roots with Pappardelle, cauliflower, Tuscan kale, parmesan, and breadcrumbs –  there’s nothing better than digging into a hearty Italian meal that is filled with flavor! 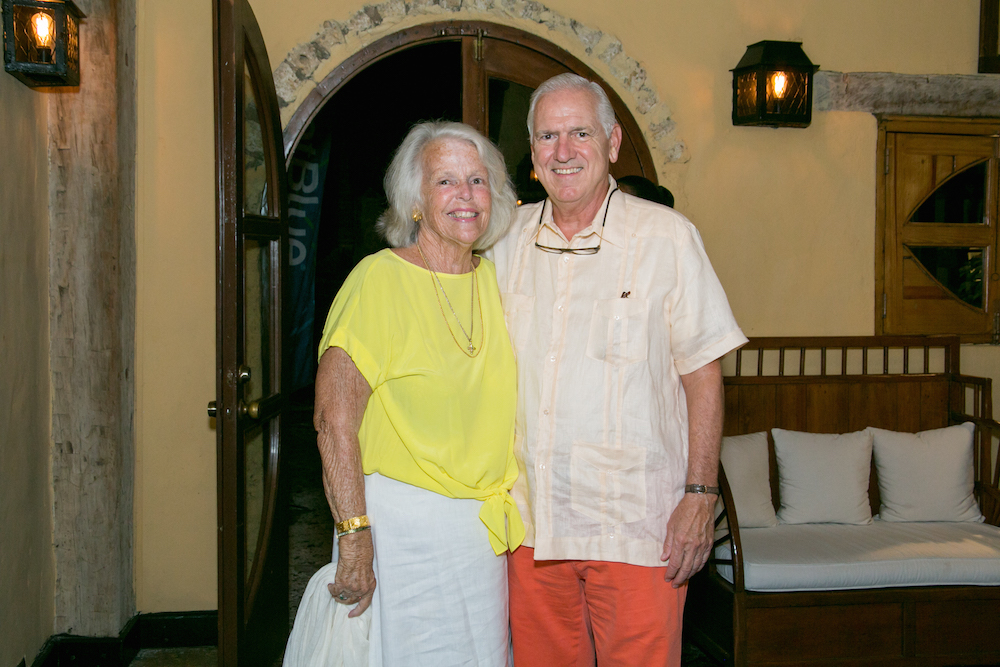 The Cacciucco, a hearty and flavorful Tuscan seafood stew, was the fifth dish and made for a comforting meal, perfect on the cold, rainy night. The final dish before dessert was Kobe beef minute steak topped with local beets and amaranth. It was cooked to perfection! Extremely tender, flavorful, and combined with a certain sweetness from the beets, it was a delicious way to end the main courses before digging into a creamy Maple Budino for dessert. Topped with pineapple, apples, passion fruit and crumble, dessert was paired with Brugal Leyenda for a smooth finish. We hope you enjoyed the resort’s last Flavors of the World 2017 edition, and that the foodie series continues promptly next year.