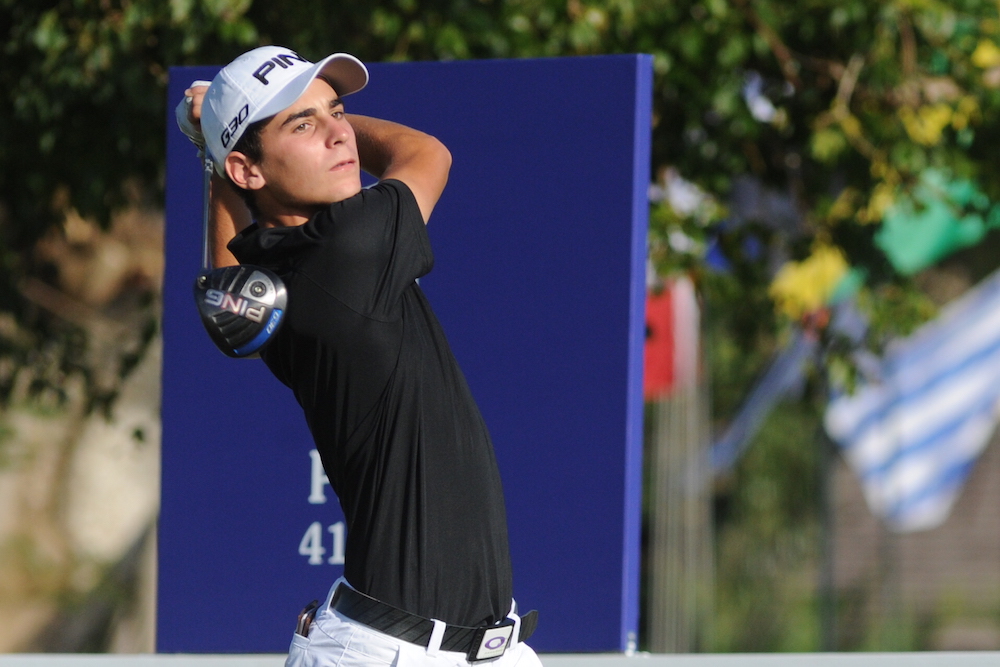 The seventh edition of the Latin America Amateur Championship (LAAC) will be contested at Casa de Campo Resort & Villas in the Dominican Republic, January 20-23, 2022. The 2021 LAAC, originally scheduled for January 14-17 at Lima Golf Club in Peru, was canceled due to the global COVID-19 pandemic.

Founded by the Masters’ Tournament, The R&A, and the USGA, the LAAC was established to further develop amateur golf in South America, Central America, Mexico, and the Caribbean. The championship annually moves to top courses throughout Latin America and showcases the sport’s rising talent in the region, including PGA Tour winners and 2020 Olympians such as Joaquin Niemann of Chile, the 2018 LAAC champion, and Sebastián Muñoz of Colombia.

For the third time, Casa de Campo’s world-renowned Teeth of the Dog course will play host to the championship. Designed by Pete Dye and built in the early 1970s, Teeth of the Dog features seven holes along the Atlantic Ocean and is routinely ranked as one of the best courses throughout Latin America and the number one layout in the Caribbean. Costa Rica’s Paul Chaplet recorded a one-stroke victory in the 2016 LAAC at Casa de Campo and Alvaro Ortiz of Mexico dazzled on the second nine to earn a victory in the championship’s return to Teeth of the Dog in 2019.

“We are incredibly excited to welcome the region’s top amateurs back to Casa de Campo, as the Latin America Amateur Championship returns to form,” said Andres Pichardo Rosenberg, president of Casa de Campo. “Teeth of the Dog is both a beautiful and challenging championship venue, and our team relishes the opportunity to continue our wonderful partnership with the Masters’ Tournament, The R&A and the USGA and showcase the ever-expanding talent in our region.”

In 2015, Matias Dominguez, of Chile, won the inaugural championship by one stroke at Pilar Golf in Argentina. Following Chaplet’s 2016 victory, Toto Gana triumphed in the LAAC’s first playoff in 2017 at Club de Golf de Panama, marking the championship’s second winner from Chile. The next year Joaquin Niemann, then the world’s No. 1-ranked amateur, continued Chile’s dominance at the LAAC when he won in his hometown of Santiago at Prince of Wales Country Club. Ortiz became Mexico’s first LAAC champion in his fifth and final appearance in 2019, while newcomer Abel Gallegos of Argentina captured the 2020 title in his championship debut at Mayakoba’s El Camaleón in Playa Del Carmen, Mexico.

The LAAC champion will receive an invitation to the 2022 Masters Tournament at Augusta National Golf Club and an exemption into The 150th Open at St Andrew’s. The winner also receives full exemptions into The Amateur Championship, U.S. Amateur Championship, and any other USGA amateur championship for which he is eligible and is exempt into the final stage of qualifying for the 122nd U.S. Open Championship at The Country Club in Brookline, Mass. Runner(s)-up will be exempt into the final stages of qualifying for The 150th Open and the 122nd U.S. Open Championship.

*Featured Image: Joaquin Niemann of Chile during the final round of the 2016 Latin America Amateur Championship at CASA DE CAMPO on Sunday, January 17th, 2016. Enrique Berardi/LAAC.