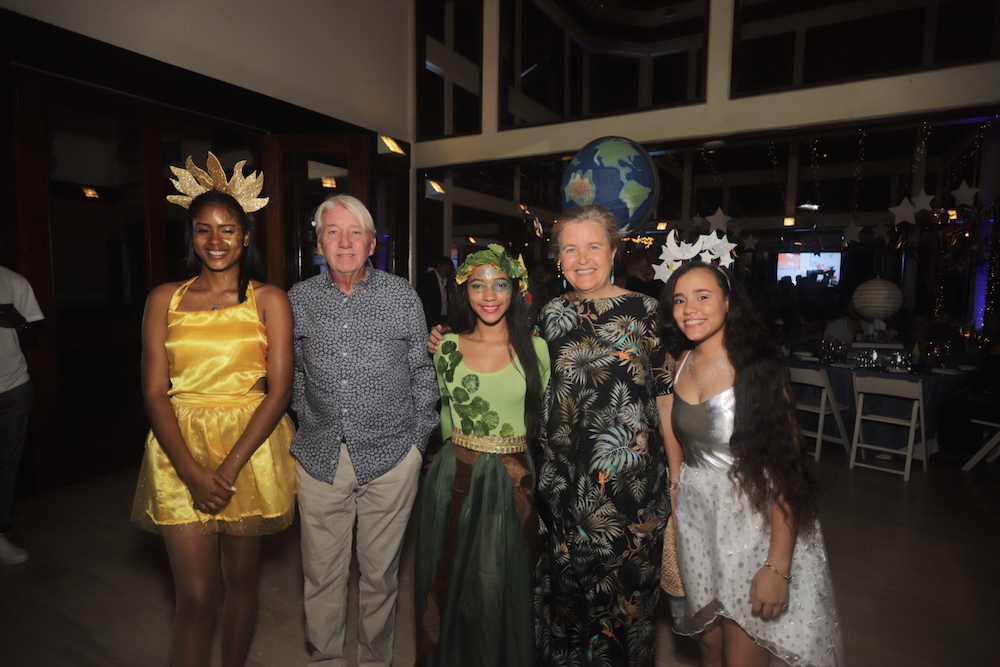 On February 14 and 15, 2020, Patronato Benéfico Oriental’s dedicated team hosted another fantastic charity weekend filled with fun events innovating the way our community comes together for a good cause. This event has more than two decades of celebration and is held in order to raise funds to contribute to the development of the various educational, social and health programs sponsored by the PBO of thousands of girls, boys and young people of La Romana

This year the weekend started with a “Flea Market” at the Living Room by Good Vibe in Altos de Chavón an awareness-raising activity that aimed to highlight the negative effects of the fast fashion industry whilst providing a positive and sustainable alternative – it was great seeing how the community responded to this event! That same day a group got together at the La Romana Country Club Pool area for a yoga class. Saturday was filled with golf and tennis tournaments galore, as well as a bike tour around Casa, and to end this successful Hogar del Niño Weekend 2020, at 8:00 p.m. with a Superhero themed dance party.

Walking up, the entrance was lit with candles and children in the Hogar del Niño programs were dressed in the theme, superheroes, and greeted each arriving guest posing with them for pictures and celebrating the end of a great weekend. Entering the venue,  the ceiling was lit with twinkling lights and stars, the tables had large centerpieces decorated with ornaments made by the students of Hogar del Niño, the children were dressed in costumes that they had created and there was a large, multi-colored dance floor taking up center stage.

Xiomara Menéndez Dájer, president of the PBO, expressed how grateful she is to all the families and friends of our community and the support provided by so many people and sponsoring companies that contribute with this event every year, together with achieving positive changes in the lives of the children in La Romana. “Nothing we have accomplished all these years, being able to provide education, health, and well-being to all of the boys and girls of Hogar del Niño, would be possible without the helping hand of all of you.” Following her speech, the kids performed a beautiful piece for the guests after which the day’s winners were announced and prizes were handed out.

As soon as the awards were given, The Boba Band got up on the stage and the guests took to the dance floor, changing the vibes from a dinner party to a dance party and live music rang out across the Country Club. It was certainly an evening filled with wonder celebrating a beautiful cause! We can’t wait for next year’s Hogar del Niño Weekend, and hope to see many more people participating!

The following collection of photos was taken during the gala dinner of the XXIII Hogar del Niño Weekend on Saturday, February 15 at the La Romana Country Club by Yafranny Melo: