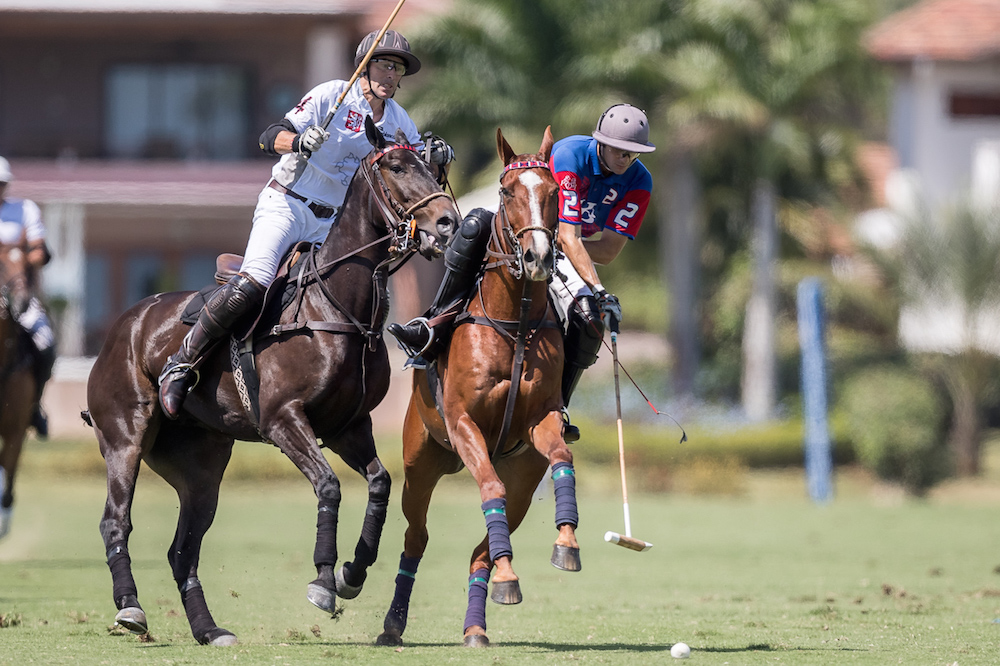 The semifinals for the 12-goal category were defined last Saturday when Pitirri El Palenque, possibly the best team of the category, won once again beating out La Potranca 13-10. Today, Pitirri will face Costasur; while La Potranca will do the same with Casa de Campo. Lechuza Caracas defeated HB Polo on Saturday, continuing to be the only undefeated team of this year’s polo challenge. The Gold Cup finals are TOMORROW, Saturday, March 25th at 4:30 pm in Casa de Campo, and will be broadcast on ESPN +.

Yesterday’s games started to define the Gold Cup Finals. The defining stage of the Gold Cup, the third installment of the Polo Challenge RD 2017, began yesterday with a match between Cinque Terre and HB Polo. The latter, who had a great performance during the tournament, seems to have lost confidence after their first loss to Lechuza Caracas last Saturday. Cinque Terre played its best game, taking the lead in the first chukka. By the end of the second period, they had extended the gap by three goals, 6-3. This continued throughout the game, and for half time, they were on top 7-4. The game ended 11-8 in favor of the Italian team. Unfortunately, the second game of the day had to be suspended due to adverse weather conditions and was scheduled for this morning at 11:30 a.m.

The Polo Challenge RD continues TODAY in the 12 goal category – the semifinals will be carried out as follows:

Whereas, the teams are yet to be determined for the Gold Cup finals, we do know that just like last year, Chantal del Pino will perform at the After-Polo Party! Good luck to all who are still in the running for the finals!