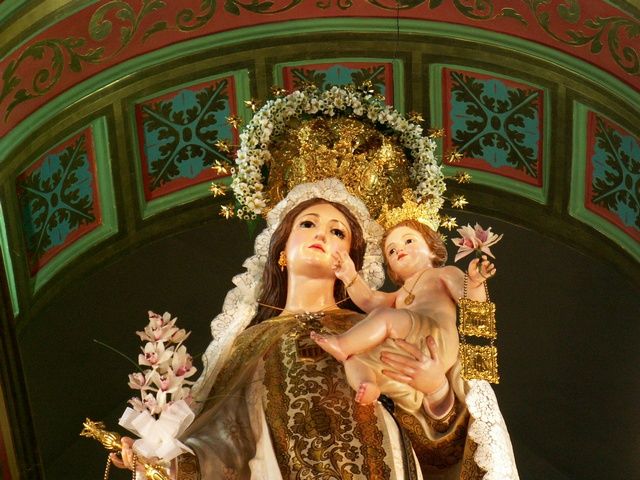 Today, the 24th of Septemeber, since the foundation of a new religious Order back in 1218 in Spain, the Dominican Republic, as part of its rich history and predominant Catholic beliefs, celebrates “El Día de la Virgen de las Mercedes”, otherwise known as the “Virgin Mercedes Day”!

The sanctuary of the Virgen de las Mercedes is located in the ‘Santo Cerro’ (Holy Hill), a small hill on which stood the ancient city of La Concepción de La Vega, this holy place is located in the middle of the Dominican Republic, in between La Vega and Santiago.

Virgen de las Mercedes, considered a spiritual guide for many cities in the country, Mercedes day, is celebrated with great devotion on the 24th of September – mostly in the towns of Cabrera, Constanza, Hato Mayor, Imbert, Pimentel and Sabana Grande de Palenque, which are distributed all over the country – and on this day many hundreds of people travel up to the “Santo Cerro” to pray and offer the Virgen de las Mercedes flowers, among many other rituals.

Happy Mercedes Day, and we hope this can be for all, a beautiful day to enjoy with the family!