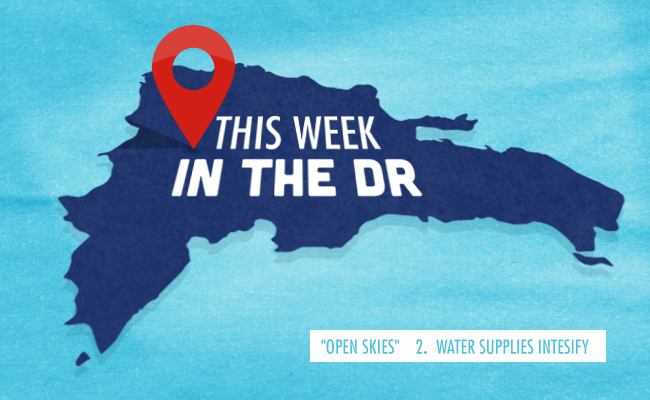 The country keeps aiming to increase its economy, now by increasing air transport agreements with other nations, and as the drought continue, authorities guarantee an increase in the country’s water supplies.

The fare which the Santo Domingo Metro 230,000’s passengers pay daily is enough to self-sustain the modern mass transit system, whose yearly earnings are as high as RD$1.3 billion (US$27.8 million).

The government had funneled US$25 million for operating and maintenance expenses the First Metro Line annually, but the subsidy is no longer needed.

Transport Reorganization Office (Opret) director, Diandino Peña, said Santo Domingo Metro is one of the world’s only two self-sustaining railway transit systems. “The Metro system is a safe, fast, high-capacity, convenient transportation, and is currently the second metro in the world that generates resources, only by way of fares, sufficient enough to be self sufficient.”

The Dominican Republic is working to increasingly boost its economy, especially with tourism and another key component: opening air transport even more.

The country has 52 air services agreements, and plans to extend this to other nations such as Brazil and Mexico.

Yesterday, Thursday, August 13th, the National District prosecutor, Yeni Berenice Reynoso, announced that the senior executives indicted in the US$341.0 million Peravia bank fraud case have already been located and will be arrested to request their extradition.

She refused however to specify the whereabouts of Peravia president, José Luis Santoro, and vice president, Gabriel Jimenez Aray, both Venezuelan nationals, to facilitate the capture.

She said Jimenez phoned her to surrender and plea bargain with authorities, but noted that an agreement cannot be reached with a fugitive.

Reynoso also revealed that several of the bank’s employees are being investigated to determine possible complicity. “What I should tell you is that the Office of the Prosecutor has an ongoing investigation”.

Last Wednesday, August 12th, the government announced that it would be able to guarantee a water supply of potable water, admitting that the drought will worsen over time.

Meanwhile, water rationing for irrigation and to generate power continues nationwide, as farms and electricity supply start to feel the pinch.

The government’s water agencies which monitor the drought’s effects met again on Wednesday and announced that the country’s dams are still at critical levels. In the meeting, dams and canals agency director, Olgo Fernandez, said the authorities are putting more emphasis on rationing the use of water.

“With the transaction, the property and rights of the other shareholders of Falconbridge are preserved unchanged, including the Dominican Government, who will continue to receive over 50% of the profits”, the company said in a statement.

Falcondo said the acquisition of the shares is a sign of the confidence that foreign investors continue to have in the business potential of the mining and metallurgical sector; and the country’s business environment, which will also result in greater development for the provinces where the company operates.

“ANL is focused on reviving Falcondo’s production in the coming months, creating more jobs, and thus contributing to national economic growth, meeting the highest environmental and safety standards applicable to heavy industry, and according to best international practices”, the mining company said.