The Latin American Amateur Championship (LAAC) will return to Casa de Campo Resort & Villas in the Dominican Republic to celebrate for its fifth edition, which will take place from January 17th to 20th, 2019, in the world renown golf course Teeth of the Dog. The announcement was made last Friday, January 19th, during LAAC 2018 that is being played in Santiago, Chile, one of the most important events for Amateur Latin America players.

Founded by the Masters Tournament, The R&A and the United States Golf Association (USGA), LAAC was created to further develop amateur golf throughout the region, specifically in South America, Central America, Mexico and the Caribbean. Each year, the LAAC champion receives an invitation to compete in the Masters Tournament at Augusta National. In addition, the winner and the player or players who finish in second place enter directly into the final qualifying stages to enter The Open and the U.S. Open Championship. 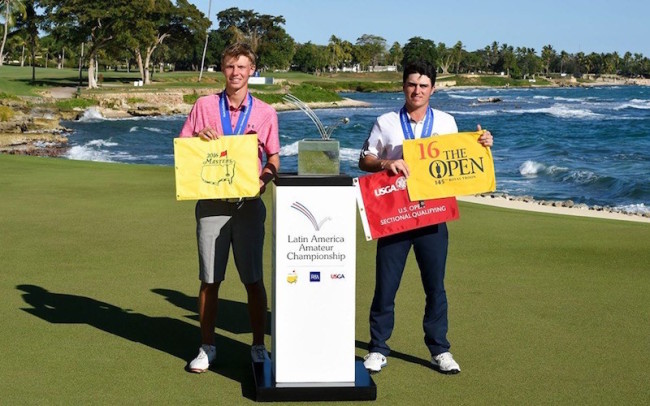 LAAC 2019 will mark the return of the championship to Casa de Campo Resort, which hosted the event in 2016. The spectacular field of Teeth of the Dog will once again be hosting the event. This court designed by Pete Dye is considered one of the most prestigious in the region. “We are very honored to have been chosen again as hosts of the Latin America Amateur Championship for the year 2019,” said Robert Birtel, golf director of Casa de Campo. He added: “We are looking forward to working together with the Golf Federation of the Dominican Republic and organize this prestigious event. Teeth of the Dog by Pete Dye is a well known in the world of golf; It will certainly be a wonderful golf event this upcoming year.”

The inaugural event of LAAC was played in 2015 at Pilar Golf, Buenos Aires, Argentina and was won by the Chilean Matías Domínguez. In 2016, the Costa Rican Paul Chaplet triumphed in the second edition of the LAAC in Teeth of the Dog in Casa de Campo, Dominican Republic. And in 2017, the Chilean Tomás “Toto” Gana lifted the cup at the Golf Club of Panama. This week, LAAC 2018 is being played at the Prince of Wales Country Club and with 105 of the best amateurs in Latin America.

Featured image: Robert Birtel golf director of Casa de Campo with representatives of the Royal and Ancient (R & A), The United States Golf Association (USGA), and The Masters Tournament at the time of the announcement in Chile.