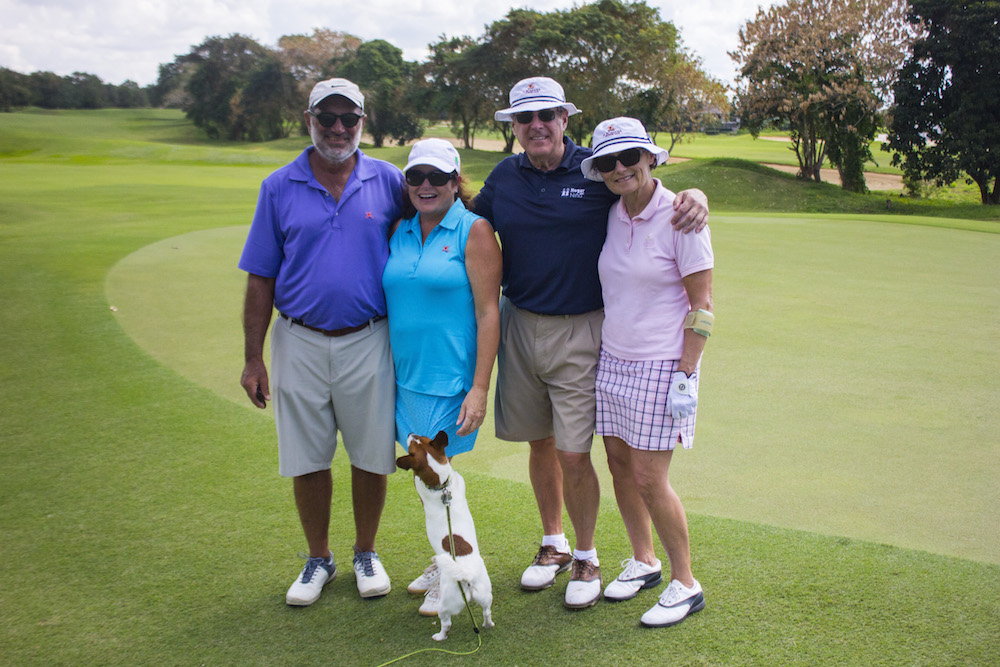 Last Saturday, February 18th, the Casa de Campo community supported the activities of the annual Hogar del Niño fundraising weekend with Tennis and Golf Tournaments, and a new sporting event — the Triathlon, all taking place at La Romana Country Club. The tennis tournament started at 8 am, whilst the golf tournament had two tee times, one in the morning at 8 am and the other in the afternoon at 1:30pm. 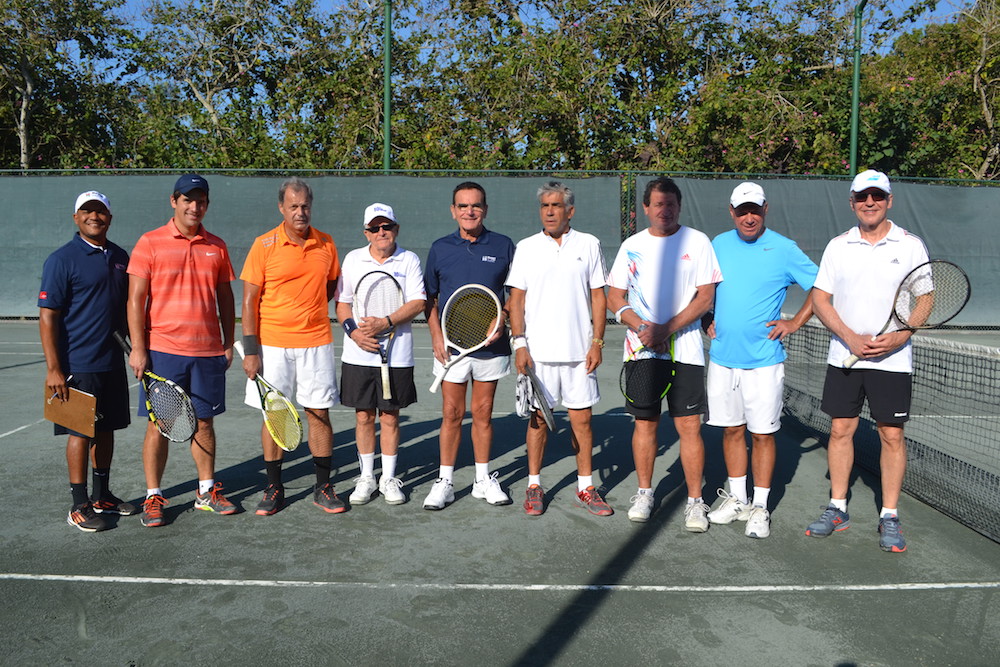 Starting early Saturday morning, the Tennis Tournament began with many players stretching their muscles and practicing their strong serves. After a fun and friendly competition which saw many tennis lovers out watching the matches, Rafael and Ricardo Santiago won the male category, while Idarmis Velázquez and Monica Falguera earned the win for the women’s division. The awards were given out during the carnival-themed dinner and dance party celebrated later on in the evening. Stay tuned for those details!! 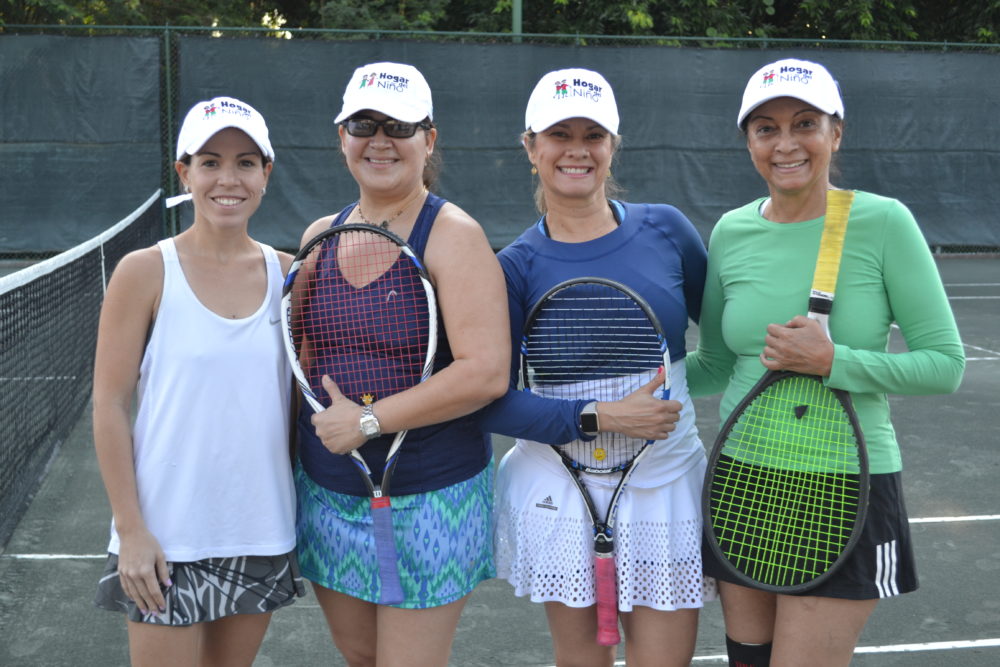 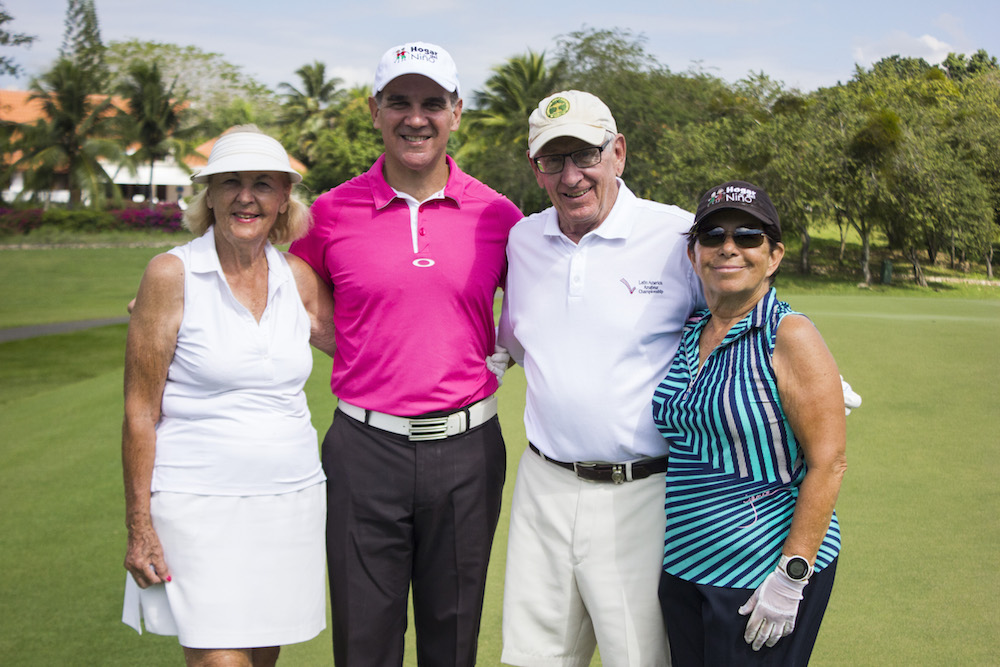 A perfect day for golf, this past Saturday was met with over a hundred golfers taking part in the Hogar del Niño Golf Tournament! Due to the volume of players enrolled, the tournament was split into two tee times to accommodate everyone, one at 8:00 a.m. and the other at 1:30 p.m. As the players signed in they received this year’s polo shirts and caps, along with souvenirs from the Hogar del Niño’s upcycled product line, and even lipstick for the women! Both groups of players, whether they hit the green in the morning or in the afternoon, enjoyed a round of golf where each team worked together to get the best possible score. 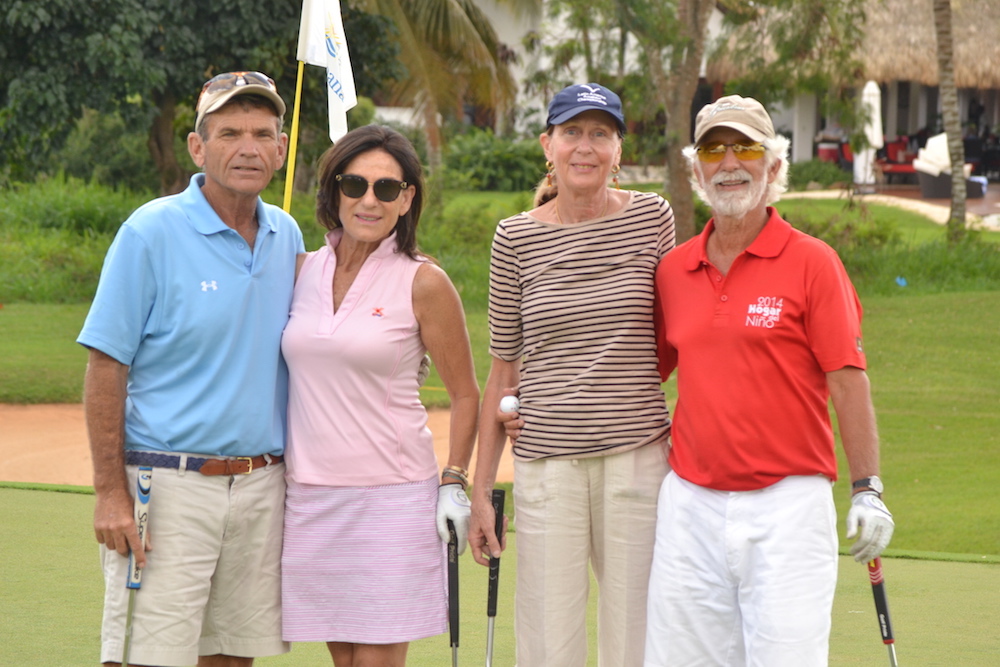 The Hogar del Niño turned the La Romana Country Club into a social hub for the day’s sporting activities with a McDonalds stand with beef and chicken burgers with fries, and a breakfast table with bread, ham, cheese, jam, coffee, tea and milk! Hungry participants were delighted. Additionally, Hogar del Niño merchandise was available for purchase, and during the afternoon a group of enchanting small children from the school came over to meet the players.

The results of the golf tournament are as follows:

It was a wonderful day filled with activities that we are sure everyone will remember. The prize-giving ceremony took place later that day – at the magnificent “Carnaval” themed gala dinner at La Romana Country Club. 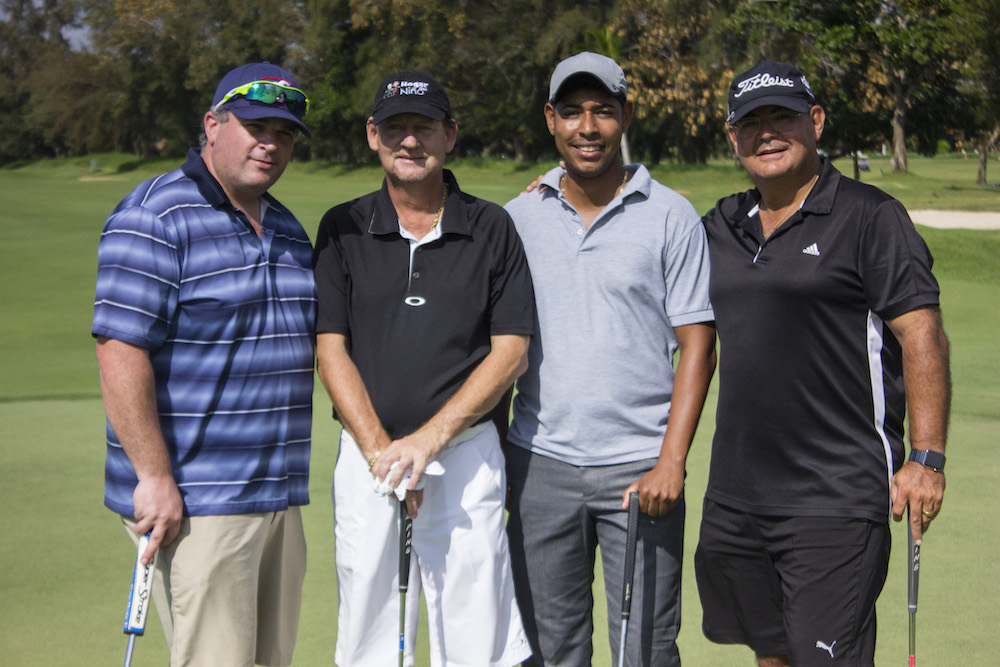