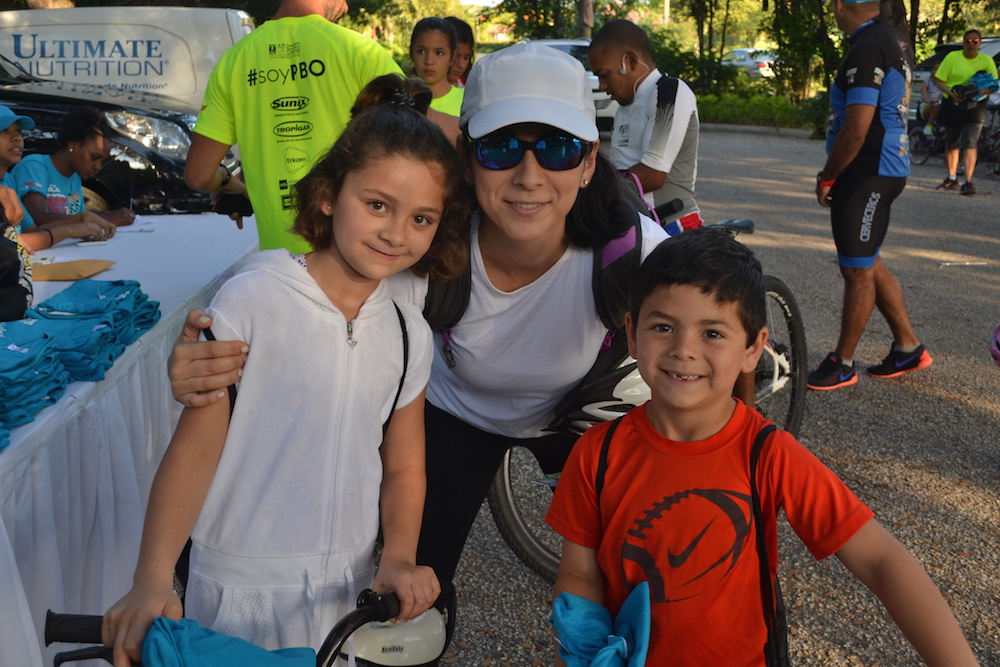 This year, the Hogar del Niño celebrated its 20th edition of their annual Hogar del Niño Weekend where they hosted several events to fundraise for their students. The tennis and golf tournaments saw a great number of community members participating on Saturday, February 18th, at the La Romana Country Club, and additionally a new event took place, the Hogar del Niño Triathlon. Participants tested their endurance levels with three vigorous sporting activities: swimming, biking, and running. 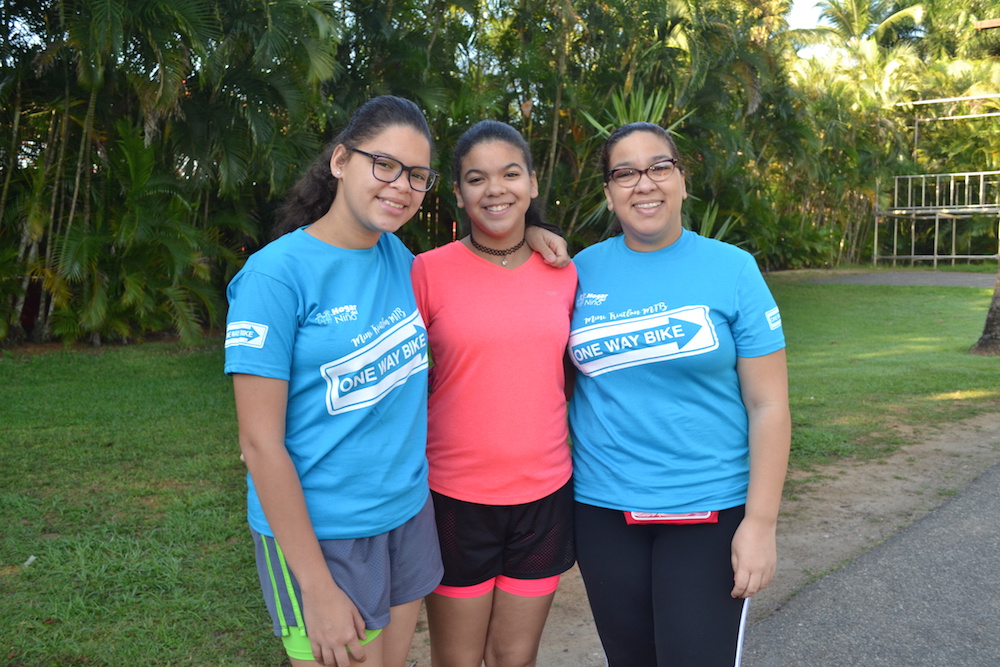 This is the first year the Hogar del Niño has organized a Triathlon – which in our opinion was very successful and we hope they do it again! Not limited to just adults, children were encouraged to join in on the action and the great display of athleticism – and lots of them did!  The Triathlon was set up on the other side of the La Romana Country Club. A table of Hogar del Niño volunteers signed participants up and gave them this year’s t-shirt and backpack; a Vita Salud stand provided hydration; and One Way bike personnel helped and encouraged athletes for the race!

The triathlon consisted of three parts: 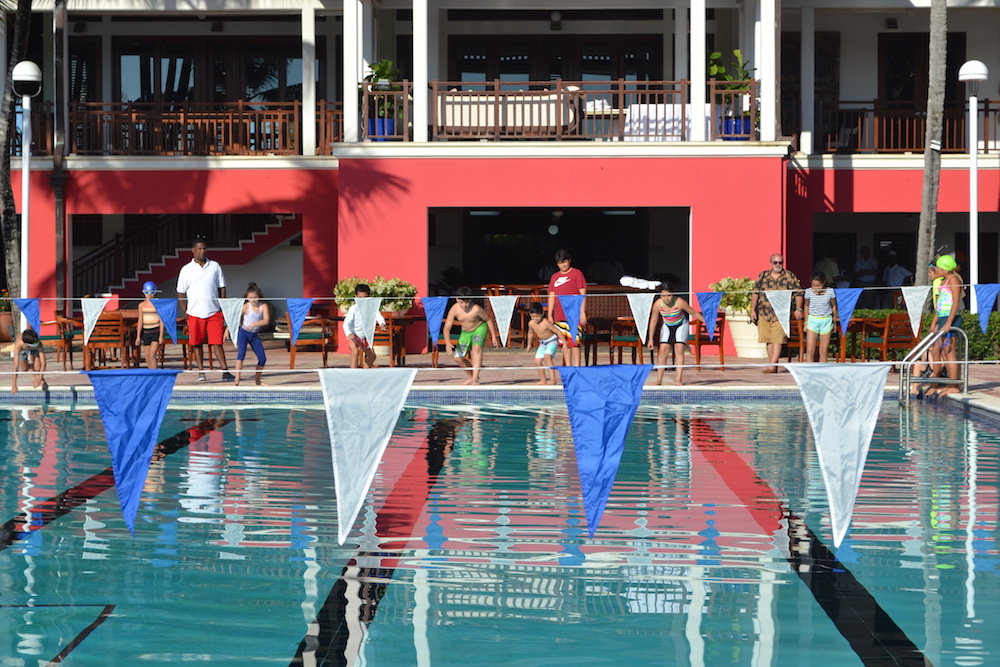 Both children and adults quickly swam cross the Olympic style pool of the La Romana Country Club – 25 mts, and once they finished they dried off in a jiffy for the next part of the event. 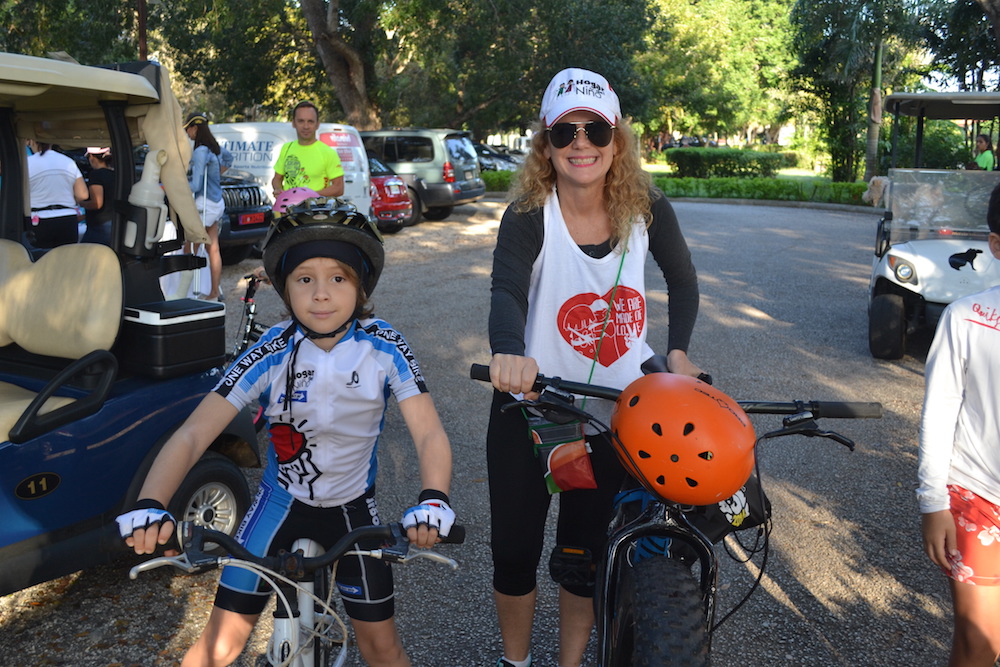 After swimming 25 mts, the next part of the triathlon included a 10km trail for adults and 1 km trail for children. Athletes headed out onto the courses set up by One Way Bike, and parents of some of the youngest ones accompanied their children on the trail by jogging alongside them. 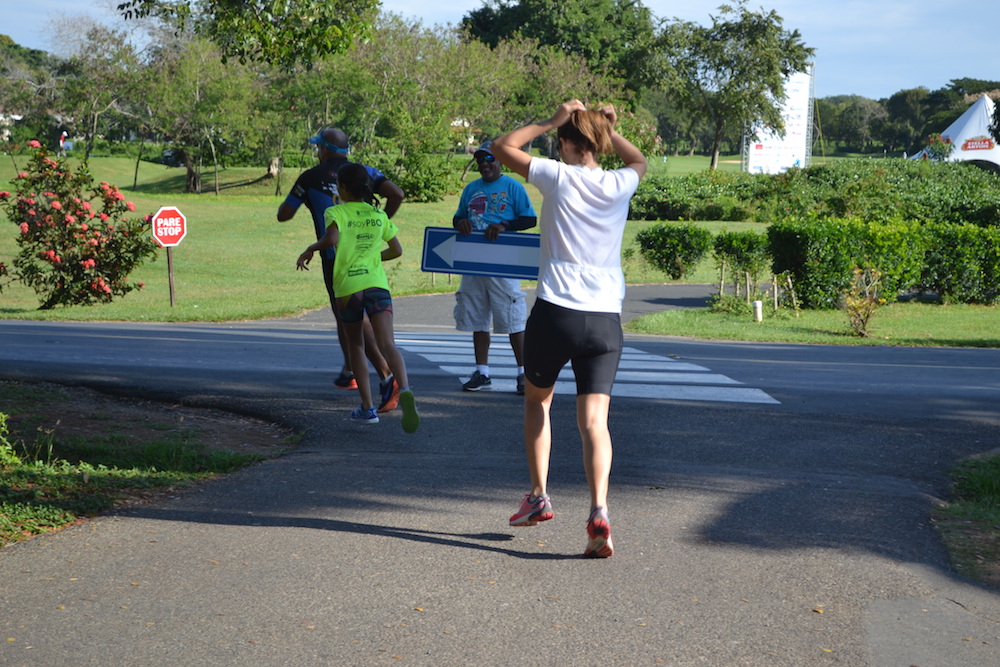 After completing the biking circuit, everyone prepared for a run. A 5 km race was in place for adults, whilst the little ones ran 500 mts.

All participants received medals after crossing the finish line as a reward for completing the triathlon. The Hogar del Niño, as in previous years, provided all the athletes with refreshments, and a McDonalds stand at the entrance of the golf course served up beef and chicken burgers with fries. Kids and adults gladly helped themselves to these treats after the day’s hard work! During the event, a raffle with prizes was sponsored by One Way Bike and Bordatique. 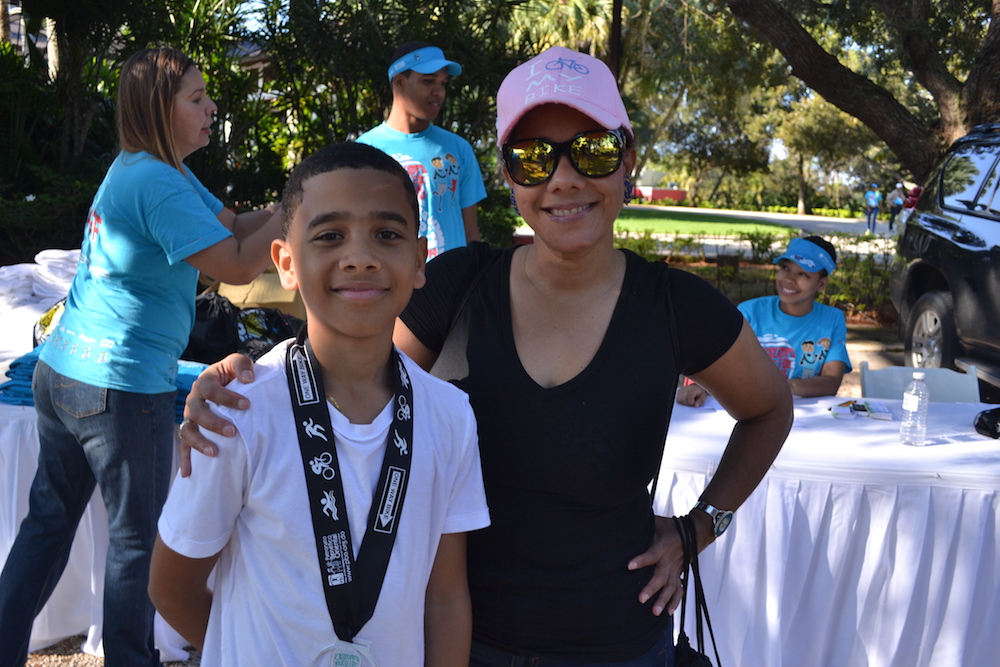 What a successful event for the Hogar del Niño!!! It’s one that definitely tested the community’s will power and I, for one, feel very motivated to try it next year! See below the collection of photos by Mariana Heredia during the Hogar del Niño Weekend Triathlon on Saturday, February 18th: