Chavón’s tagine (or tajine, pronounced ta-jean) cookers are no small wonder. I’ve discovered that North African tagine is one of my favorite dishes. It is a stew that often contains meat and a fruit, coriander, cumin, and other aromatic spices. There are dozens of online recipes.

One of the things that makes the dish so special is the clay pot in which it is traditionally cooked. When it comes to the table in the pot, and the lid comes off and the air fills with the rich fragrance of, say lamb or chicken and prunes or apricots it’s pure theatre. Terracotta clay is indigenous to the Dominican Republic, some great quality of it comes from Moca. It is the very stuff the artisans of Morocco use on their wheel thrown tagine makers.

The cooks put the finished pot on the stove (with liquid in it) or in the oven, it’s glazed on the inside and raw clay on the outside. A flat-ish round “tray” a few inches deep is the bottom, on that is conical “hat”, the lid sits snugly on it. The lid has a little hole on top. As the stew cooks, it thickens because some of the vaporized water escapes as stem while the rest condenses on the walls of the cone shaped top and returns to the stew pot.

Altos de Chavón’s ceramic workshop has a long history of turning out utilitarian and lovely pots and objects, for sale at the Art Studios by Emilio Robba here in Altos de Chavón, which is where you could order your tagine from. There are different sizes to chose from (big ones for a party of 12 and little ones for four to six), at Emilio Robba you can just order the size you prefer.

However if you want to just want take a look at the models, you’ll find them in the ceramics workshop, located behind the Robert Garcia Salón.

One of my favorite tagine recipes is from the New York Times and calls for “pickled lemons”, which you can create from Dominican Limes which you would need to pickle for about a month in advance. 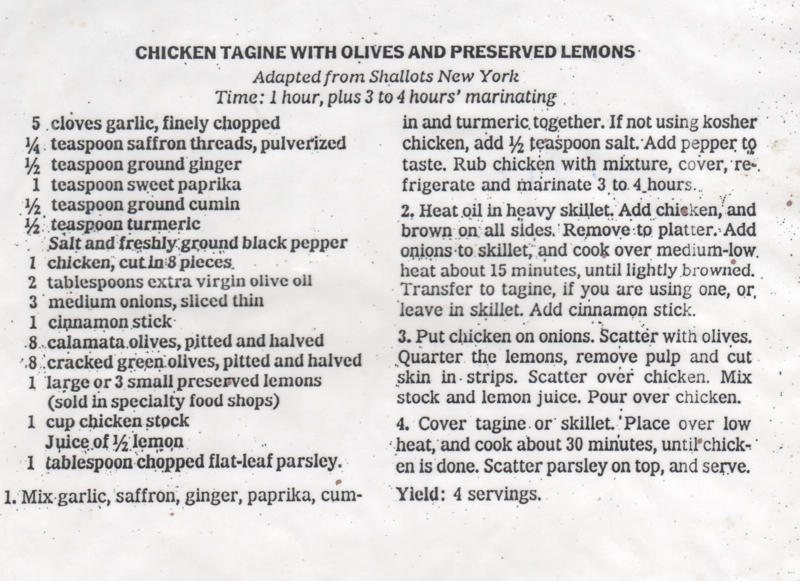 A note about pickled lemons / limes

To make them you have to salt lemons, the green Dominican “limes” work as well as the more familiar yellow lemons of Europe or the States. How to pickle a lemon or lime? You slit the limes head to toe, crosswise leaving them connected by a little rind at the bottom end, then you spoon salt into them, push them into a sterile jar, cover with fresh squeezed lemon or lime juice from other limes until covered, put a lid on it, and let them rest for a month. Rinse and sliver to use in recipes that call for them. Or just use some lemon-lime juice and grated lime rind in the recipe, it works. An alternative to making them yourself is to just buy them, In Punto Italia next to Jumbo you can get picked lemons made by Roland.