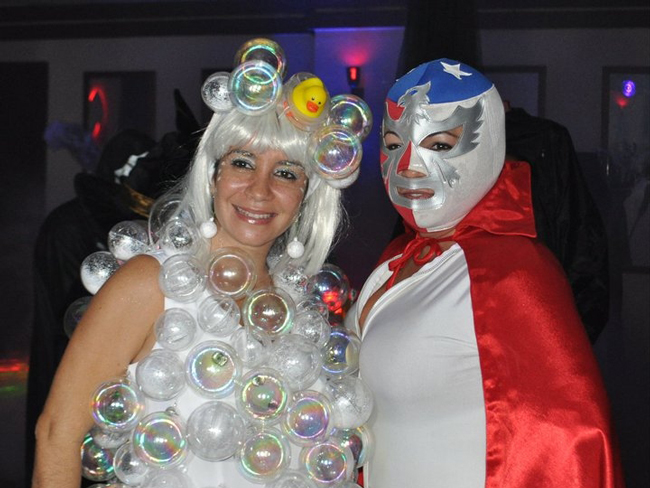 Boo! OK so its only the beginning of September and Halloween seems far far away – but preparations are already underway to make the 2014 Casa de Campo Halloween party spooktacular!

Since as long as we can remember, Halloween in Casa de Campo has been legendary, and there is no doubt that this year will be any different!

This year, Casa de Campo’s ghosts and ghouls are cordially invited to the Casa de Campo Yacht Club for the annual Halloween Party on Saturday the 1st of November!

This annual gathering is organized by a group of enthusiastic Casa de Campo villa owners who love to party and dress up for Halloween: Patricia Proano, Ivonna Sosa, Tato Caceres, Miguelin, Amelia Pereya and Gricelle Lahoz, as well as the Marina Casa de Campo and the Casa de Campo yacht Club!

As a Halloween party, fancy dress is required – but we are giving you 2 months notice, so you have plenty of time to create something ghastly!

Take a look at our photos of Halloweens past for some spooky inspiration:

¡MORTAL! The CDC Halloween Party – the best yet!

When living in the Dominican Republic, there comes a point when some things are most accurately described in Spanish – or even Dominican, and in this case the expression “¡mortal!” is very definitely the most suitable way to describe the Casa de Campo Halloween Party celebrated on Sunday the 3rd of November 2014.

Click here for the photos and the full the story!