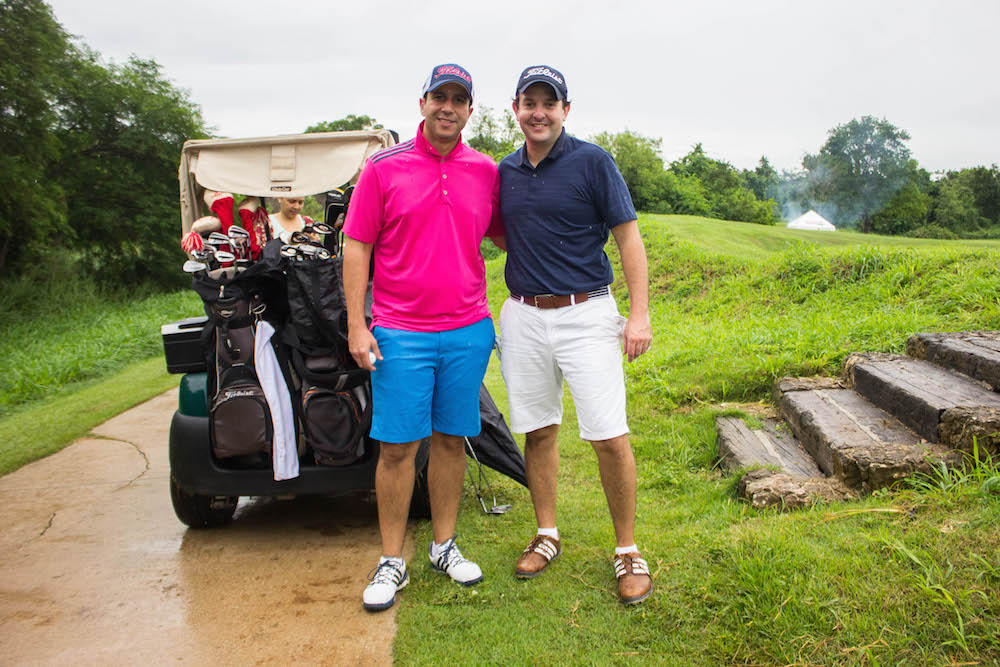 As always, golf was a very popular event during the Dueños 2017 weekend! The early morning rain did not stop the more than 150 Casa de Campo golfers who teed off around the Pete Dye designed Dye Fore Chavón and Dye Fore Marina golf courses —both a little wet but in fine conditions following their annual maintenance in the summer months.

This year, most of the events took place in the area surrounding the new Vista Lagos park which as Juan Velázquez, Administrative Vice-President of Costasur pointed out, was officially inaugurated with the Dueños 2017 Casathon. With tee times at 8:15 a.m. and 1:15 p.m. on Saturday, November 18th, enthusiastic Casa de Campo villa owners all gathered at the Dye Fore practice range for instructions. A group started at the Dye Fore Chavón whilst the other started at the Dye Fore Marina and went around until they covered both courses to complete the 18 holes for the tournament. The Dueños 2017 golf tournament was played, as per tradition, in the format “individual stroke-play,” giving those very best players the opportunity to really shine!

Even though there were slight drizzles throughout the day, we were able to see why the players enjoy this game so much! I have lived here most of my life and sadly never quite understood the game, but working in Casa de Campo Living has given me the opportunity to understand it a bit more and respect it even more. It’s incredible to see the passion with which the game is played, the camaraderie – and competitiveness, how some celebrate the good and even bad shots and how even though you’ve played the course various times before it is always a new experience like you are playing it for the first time.

As is customary in the Dueños events, the players were treated to hamburgers and hot dogs by Higueral who were stationed after the 9th hole at the Dye Fore Marina and cash bars throughout the course. In the men’s division, Rusty Winter earned the gross champion title, while Miguel Enrique Subero and Bob Thye Jr. took home the second and third place gross champion awards, respectively. For the ladies, Claudia Meloni happily earned gross champion, and Margarita Zapata came in second.

The winners of the Dueños 2017 golf tournament and all the other tournaments held throughout the day of Dueños 2017 were awarded trophies at the party celebrated at the La Romana Country Club later that same evening… photos of that coming soon! Congratulations to all the winners and a big thank you to those who took part in making this tournament one of the most popular activities among the Dueños Weekend.

See below the complete list of winners of this year’s tournament and pictures taken by Laura Perdomo, during the golf tournament Dueños 2017, played on the Dye Fore Chavón and Dye Fore Marina golf courses in Casa de Campo: