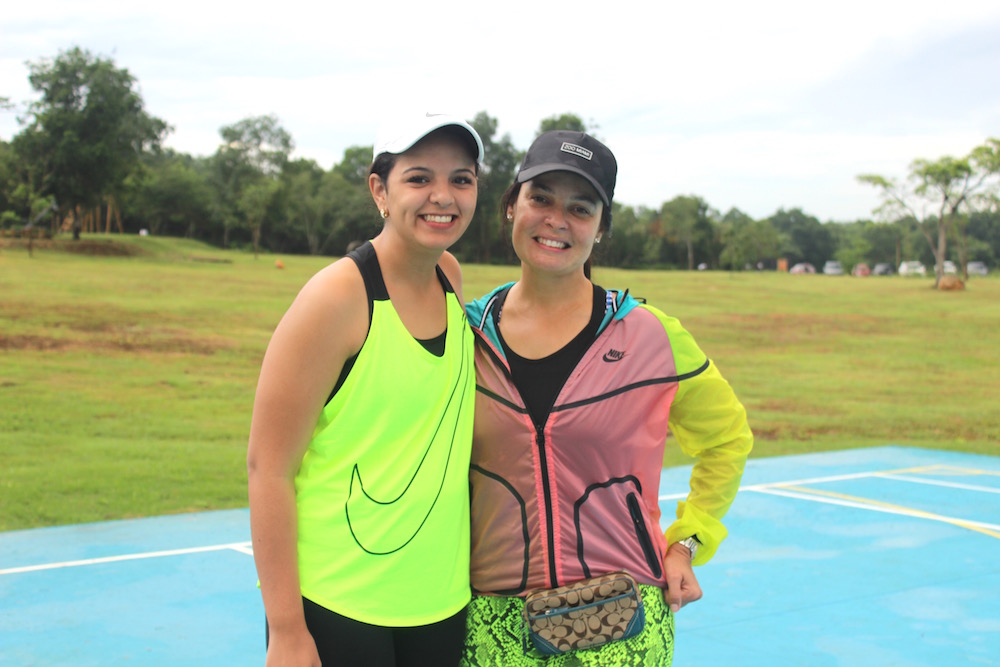 One of the very first events of the Dueños 2017 schedule was the traditional Casathon with a new addition, a Zumbathon as warm up before the participants started the route!  This year, the event did not take place around the Minitas area as previous years, instead, Costasur took the opportunity to show their guests the progress that has been made at the new Vista Lagos Park.

On  Saturday, November 18th, even though it had rain throughout the night and the morning was a bit cloudy, many enthusiastic runners rose early to head over to the new multipurpose court at the parkland. Scheduled to start at 8:00 am, more than 30 runners met at the court where they were received by Fitness center staff members and given their participation numbers. Juan Velázquez, Administrative Vice-President of Costasur, welcomed all the Casa de Campo villa owners and their families thanking them for their continued support and talked a bit about the project:

“The park is being officially inaugurated with the Casathon where users will find a children’s area, an outdoor gym facility, multipurpose court for basketball, indoor soccer and volleyball, as well as 2km of trails to walk and ride bikes and observe local nature. There are some benches in the park where families can watch a sunset or play with their children and pets, and the next steps of the project will be the enhancement of the park amenities and landscaping. Plus, there are still lots for sale.” – Juan Velázquez

He introduced them to their Zumba instructor for the day and DJ Kambax, both of whom got everybody moving to the beat! It was certainly a great warmup in preparation for the 5km marathon around the resort, which would test the physical endurance of the Casa de Campo villas owners. Once the warm-up was complete everyone lined up in the starting line where they were Juan motivated participants and gave the “Go!” signal which made everyone sprint with great enthusiasm, determined to be one of the top three places in their category. The route started at the multipurpose course and went through Altos de Chavón, down to the Marina, and back.

Congratulations to everyone who took part in the race this year! It’s definitely one of the events that most Dueños look forward to and try to outdo their numbers from the previous year! Later on in the day, Casa de Campo’s villa owners were able to participate in numerous other activities and events, including golf, tennis, and shooting tournaments – stay tuned for coverage in the coming days.

See below the list of winners, and a gallery of pictures taken by Mariana Heredia on Saturday, November 18th during the Dueños 2017, Casathon and Zumbathon:

Women’s Category A (under 35 years)

Women’s Category B (over 35 years)