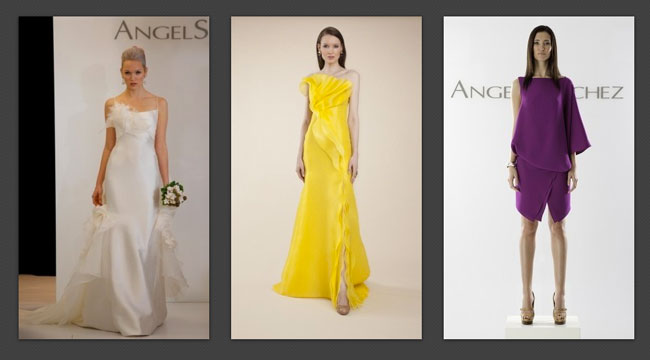 The Fundación MIR charity, who runs 3 schools for more than 1500 children in La Romana, has just announced that Angel Sanchez, a judge for Project Runway Mexico, will be the designer presenting the fashion show during their annual gala celebration; the Fundación MIR Magical Splendor for Life.

This magnificent occasion, which has a fashion show as one of it’s principal highlights has seen designer duo Badgley Mischka showcasing their fabulously elegant and “old Hollywood” gowns for the last 3 consecutive years, making now the perfect time for a change…

Angel Sanchez of Venezuela, pays special attention to cut, fit and proportion which is why his creations fit the women who wear them better than a glove. His exquisite taste is what led his fashion house to rise so quickly in Latin America and eventually led him to expand internationally, when he opened the company’s headquarters in New York City in 1997. His celebrity clientele includes everyone from Taylor Swift, to Eva Longoria to Sandra Bullock who had her wedding gown designed by Sanchez.

The Magical Splendor for Life gala by the Fundación MIR featuring the fashion show by Angel Sanchez will be celebrated on Saturday the 18th of January at Casa Grande, the Fanjul family’s Casa de Campo estate, while earlier that same day a golf tournament will be celebrated on the golf course of the La Romana Country Club.

With the participation of Miss Dominican Republic, Dulcita Lieggi Francisno, the fashion show was once again the primary attraction at the elegant Magical Splendor for Life Gala, where Badgley Mischka showcased their Spring-Summer 2013 and Resort 2013 collections to an enthralled audience of glamorous and fashion conscious Casa de Campo ladies.