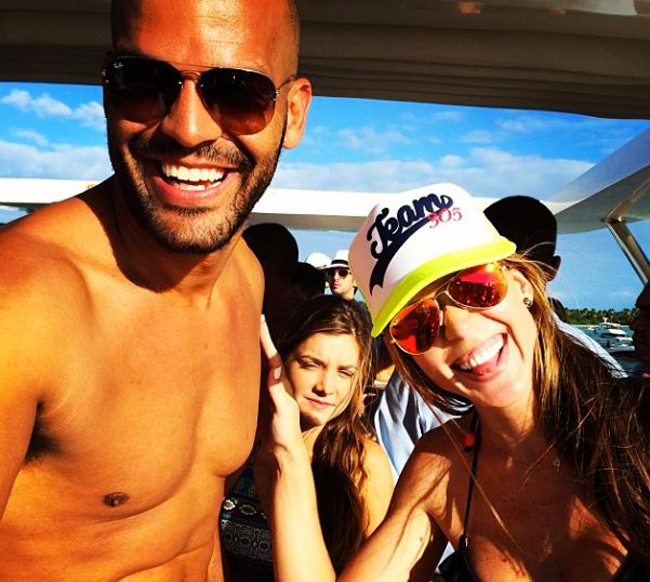 -but we also spotted him last year during “Semana Santa” – at the party at the Marina Casa de Campo (photos here) and doing the “Harlem Shake” at Palmilla (video here).

As chronicled on his Instagram (@amaurynolasco), the gorgeous star, who stayed in an oceanside apartment in the Marina Casa de Campo, certainly had a great time partying in Casa de Campo.

As we can see from his Instagram photos, Amaury Nolasco joined the New Years Eve at sea – Palmillaso party – at palmilla, partying alongside good friends, and some very good looking ladies.

And to end the evening he reunited with his boat party friends and ladies and partied through till dawn at Minitas Beach.

Happy New Year Amaury Nolasco – we hope to see you back here soon!

The following images (and those above), were taken from the Instagram of Amaury Nolasco (@amaurynolasco) of his good times in Casa de Campo over the new year 2013-2014: