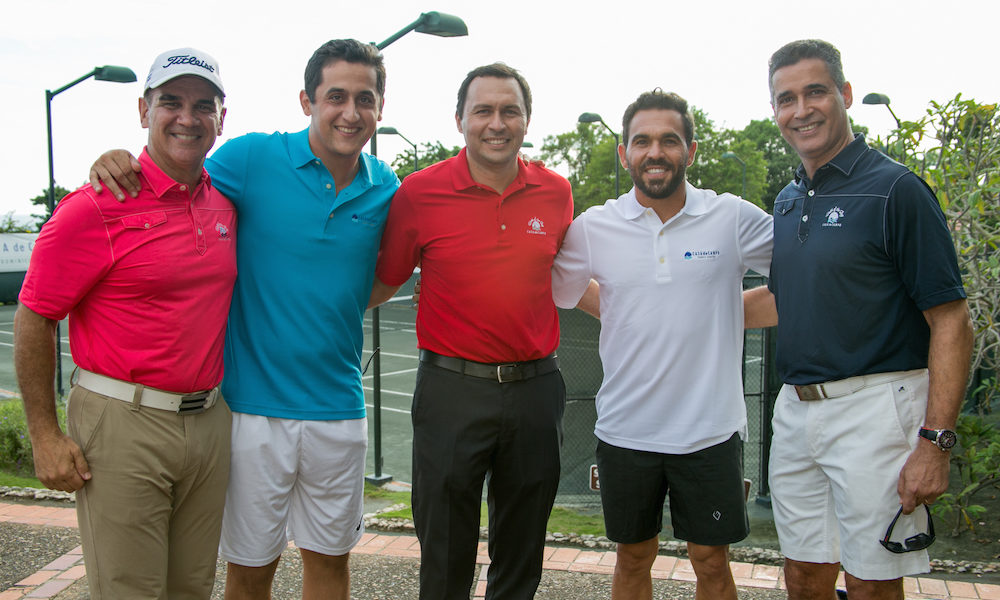 The exhibition match between world-ranked tennis professionals Nicolas Almagro and Victor Estrella was confirmed just days before the match took place but nevertheless drew a number of excited fans and tennis enthusiasts to the courts. La Terraza was the host for the second match between the distinguished duo, who first played together in Santo Domingo in August of this year.

In a close competition wherein Estrella won the first set (4-3) and Almagro the second (4-2), a fierce tie-breaker concluded with Almagro as the champion in a final score of 10-8. The match highlighted Casa de Campo’s achievement in raising the level of tennis within the resort. It along with the 40th International tennis tournament has elevated the community’s appreciation of tennis this year, drawing in crowds of spectators and esteemed international athletes. Thrilled at this recent direction, Casa de Campo community members are asking for more!

Children of Casa were able to rally with Almagro and Estrella following the match and received the highest level of instruction. The amicable professionals were extremely kind and encouraging to the little ones, and we hope it helps encourage some life-long interest in the sport! More clinics are on their way this Thursday, November 16th! Kids can play with Nicolas Almagro at 5:00 p.m. and adults at 6:00 p.m. at La Terraza.

The tennis pros also autographed t-shirts and tennis balls for fans, and accepted an honorary plaque for their participation on behalf of Casa de Campo and Costasur. President Andrés Pichardo said he’s very proud to have Nicolas Almagro and Victor Estrella play at La Terraza and is excited to give more focus to tennis within the resort.

We sure hope Almagro and Estrella come back soon, because after Estrella’s win in Santo Domingo and Almagro’s win in Casa de Campo a third match tie-breaker needs to be on the books! The players were joined by their families and spent time enjoying the property in the days surrounding the match. Catch Nicolas Almagro with his wife Rafi Lardin and baby Nicolas junior along with their parents in Altos de Chavón on Sunday here on our Instagram page.

If you missed the exhibition match last Saturday, November 11th, see the gallery below taken by Mairobi Herrera: