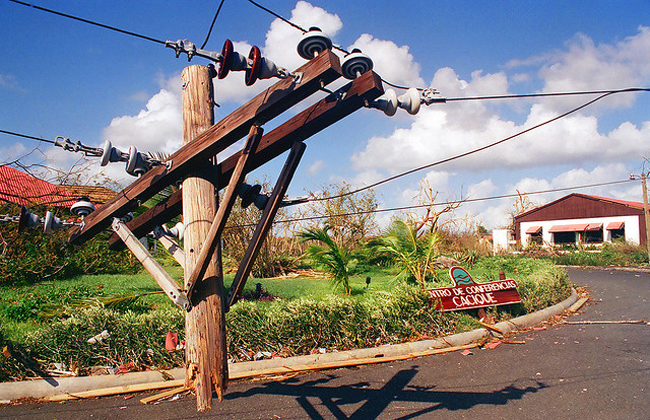 As the second most destructive storm of the 1998 hurricane season, Hurricane Georges caused a total US$6 billion worth of damage and was responsible for the death of more than 600 people as it crossed seven different countries; Antigua and Barbuda, St. Kitts and Nevis, Puerto Rico, the Dominican Republic, Haiti, Cuba and the United States.

Hurricane Georges track across the Caribbean in 1998

A direct hit here in Casa de Campo, the resort suffered extensive damage. However, it is not with total doom and gloom that we remember Hurricane Georges – for in the weeks and months following his arrival, a miracle recovery took place, as the Casa de Campo community; villa owners and staff united to restore the beauty of Casa de Campo. The stories of unity and generosity between neighbors are many; the villa owner who did the laundry of her friend and brought her fresh coffee every morning; the teams who came together to help coordinate and participate in the clean-up proudly wearing T-shirts with the slogan “I helped rebuild Casa de Campo”, and of course the Casa de Campo hotel who facilitated much needed supplies such as ice and water.

Incredibly, the hard work and dedication of the Casa de Campo community meant that the Casa de Campo hotel re-opened just 3 months later – just in time for the 1998 Christmas season. The following was written by Carol Burke, who was living in Casa de Campo when Hurricane Georges hit.

The evening of September 21, 1998, I was watching the Weather Channel – news of the hurricane which was heading towards Puerto Rico. Then it changed course, jogged a little to the south, and headed straight west towards the eastern end of Hispaniola where Casa de Campo is located. The following morning, September 22, 1998 — who could have known it would be such a workman-like hurricane? It arrived at 8:00 AM, scrubbed Casa de Campo like a giant housemaid from the sky, and left by 5:00 PM. The hotel guests and villa owners had been invited to spend the day in the Conference Center. I decided to stay at home that day. The villa we lived in at that time was built against an embankment, so there was a lower level which was protected. The main part of the house was upstairs and at street level. In the lower level there was a small windowless room, and while the hurricane blew, that’s where I stayed with my three cats and two dogs for company. Georges came in around 8:00 AM with winds that made a scouring, brushing sound. At noon, the eye of the hurricane came overhead, and all of a sudden everything was quiet and peaceful again. The sun came out, the birds started to sing, and I could hear people in the street talking. Georges was on his lunch hour.

I went upstairs to see what had happened. Winds had knocked down a fence in the little back patio, and a tree was blocking our front door, but otherwise everything seemed ok. Since the Weather Channel had said the eye was 15 miles across, and Georges was moving forward at about 15 mph, I figured that the second wind would be arriving in about an hour.

I gathered some bottles of water and some food, and went back downstairs. The other side of Georges was right on time. When the wind hit again, it scrubbed even harder. Just before it ripped off our roof, it lowered the air pressure of the little room until it was hard to breathe and my ears were popping. I heard what sounded like large pieces of concrete falling to the floor above me. A crack appeared in the ceiling of the little room and water began dripping through. By sunset the hurricane had moved on, and the only sound was some left-over rain dripping. I walked over to the stairway and looked up. Furniture had been tossed down the stairs by the wind and I could see the sky where there used to be a ceiling. By the next morning the rains stopped for a while and I went out to see the new day. Our living room walls had fallen, one wall fell into the house, the other wall fell into the garden, with the phone still attached. Our roof was across the street in the golf course. Getting around the area was difficult for a few days as many trees were blocking the roads.

• From Café El Patio to Altos de Chavon after the Hurricane

• Memories of Casa de Campo: Before and After Hurricane Georges

• Surveying the Damage After Hurricane Georges