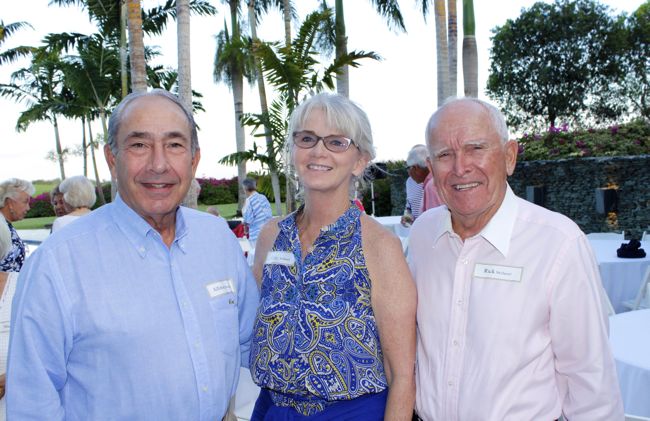 This year the annual McDaniel Tennis Teaching Pro’s Tournament is celebrating it’s 10th anniversary and Rick McDaniel, founder of the tournament has announced a number of special plans to celebrate in style!

The 10th annual McDaniel Tennis Teaching Pro’s Tournament will be take place at the La Terraza Tennis Center from the 11th to the 15th of March. The principle fundraising effort for the Ball Boy’s Scholarship Foundation, the tournament is played between the teaching professionals and ball boys of the La Romana Country Club and the La Terraza Tennis Club in Casa de Campo, and featuring some of the best players in the country is always an exciting and popular event among Casa de Campo villa owners, residents and visitors alike.

“I am proud to be part of this event and feel fortunate to be able to help these youngsters, and as always we are very appreciative of the support from all our sponsors.” Rick McDaniel told Casa de Campo Living.

With the support of individual sponsors of the Casa de Campo community, as well as corporate sponsors, the 9th annual McDaniel Tennis Teaching Pro’s Tournament raised a whopping US$55,000, making last year their most successful yet! This grand sum, allowed the McDaniel Family Foundation to “provide Health Insurance for all the players, increase the prize money for all the players, start a separate tournament with prize money for the ball boys, continue weekly English Classes for 60 plus players and ball boys, enroll 4 additional ball boys in our scholarship program and sponsor one additional graduate in our college program,” Rick McDaniel told Casa de Campo Living.

And so in addition to excellent tennis and raising more money than ever before… what else does the 10th addition of the the annual McDaniel Tennis Teaching Pro’s Tournament have in store for us?

Every year the organizers of the annual McDaniel Tennis Teaching Pro’s Tournament host a gathering to thank their sponsors, and this year that event will be a sunset river boat cruise catered by the La Romana Country Club on the “River Princess Boat”. Scheduled for Saturday the 14th of March, the cruise will depart from the Marina Casa de Campo at 5pm, sail up the beautiful Chavón river and return at 6:30pm, during the voyage participants will enjoy music and prizes awarded with a raffle every 15 minutes. For this event a minimum donation of US$300 per couple or US$200 for a single in requested.

In addition, and for the first time, there will also be a “Golf Putting Contest”, scheduled for Friday March 13th, from 6 to 7 pm at The LRCC. The entrance fee is $20 per person and prizes will be awarded. This event is open to everyone and a cash bar will be available.

The McDaniel Tennis Teaching Pro’s Tournament has this year announced Emilio Vásquez as it’s honorary chairman, chosen for his tireless dedication to Dominican tennis as well as to the ball boys. [Click here to read out interview with Emilio Vásquez.]

More money than ever before!

This year, the McDaniel Tennis Committee, of which Casa de Campo Living and SILGON is part, is once again hoping to raise even more funds to continue increasing the number of ball boys educated under the Ball Boy’s Scholarship Foundation. So if YOU would like to help support this cause, individual sponsors from the Casa de Campo community are very welcome, with suggested donations between US$150 up to US$5,000, while there is also a “Corporate Sponsorship” option.