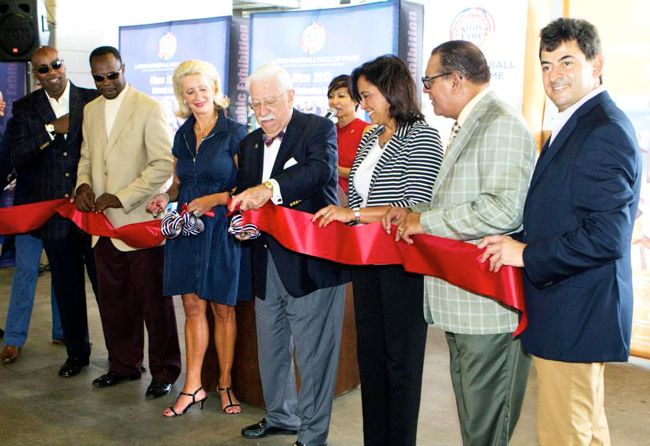 On Friday September 5th, the Salón de la Fama del Béisbol Latino (Latino Baseball Hall of Fame) announced the new luminaries for the Class of 2015 who will be inducted in February at the Altos de Chavón amphitheater. But that was not all! Because the following day the Latino Hall of Fame opened an interesting photo exhibit.

The photo exhibit, called Roving Exhibition Photographic displays the faces of all Latino players who have been inducted so far in the five year history of the Latino Baseball Hall of Fame. The purpose of this display is to celebrate Hispanic Heritage Month alongside the Yankee Stadium.

This exhibit is located opposite the New York Yankees Museum and will be open until September 21st.