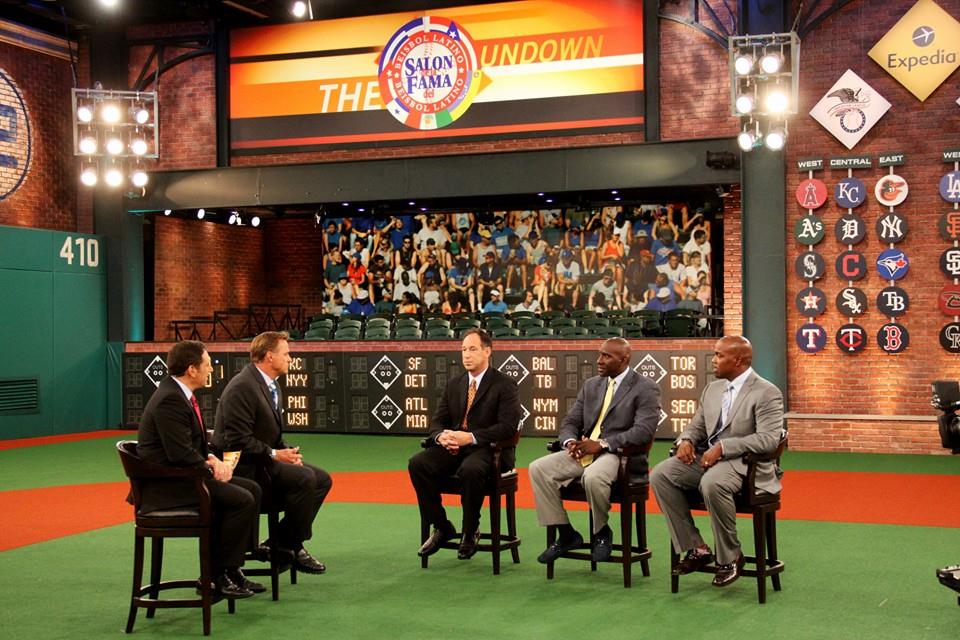 Last Friday 5th of September, The Salón de la Fama del Béisbol Latino (Latino Baseball Hall of Fame) announced the new luminaries for the Class of 2015 who will be inducted in February at the Altos de Chavón amphitheater.

In the famous “Studio 42” of the Major League Baseball Network in New York, Tony Fernández, a luminary from Latino Baseball Hall of Fame Class of 2013 and Manny Acta, Sport Analyst and currently the General Manager of Dominican baseball team, El Licey, announced proudly and enthusiastically the members of the Class of 2015! The 10 future members of the Latino Baseball Hall of Fame (Salón de la Fama del Béisbol Latino) will be officially inducted in a ceremony scheduled to take place on Saturday  the 7th of February 2015, at the Altos de Chavón Amphitheater.

Future luminaries, Carlos Delgado, Luis González and Roberto Kelly were all present in Studio 42 for the grand announcement, while Pedro Martínez, Nomar Garcíaparra and Ozzie Guillén were interviewed online.

Save the date! Don’t forget that on the 7th of February, the Latino Baseball Hall of Fame will induct these luminaries of latino baseball in a ceremony at the Altos de Chavón amphitheater!