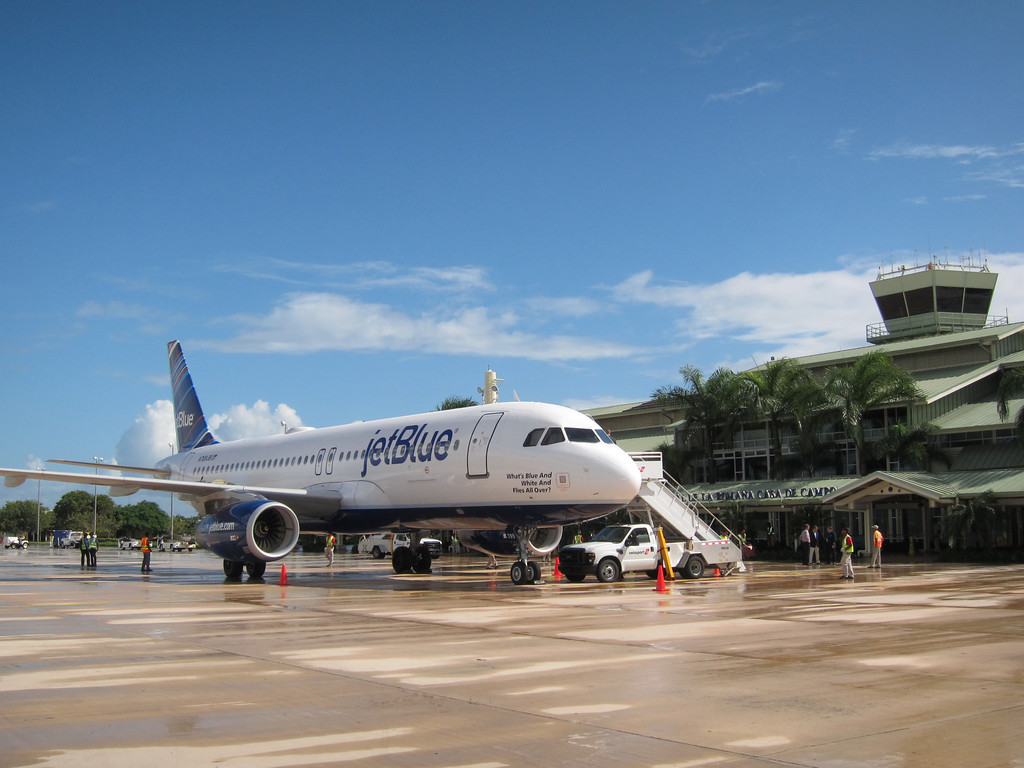 Starting last Monday June 29th, the direct connection between the La Romana Airport, Casa de Campo and JFK, New York was increased from twice a week to three times per week – with the addition of a flight every Monday afternoon.

So for all us Casa de Campo-ers this is a great excuse to jet off to New York for a week, weekend or a long weekend to shop, eat, drink and be merry… while for those living in New York who may have had enough of city life and are looking for the perfect place to relax and play on some of the Caribbean’s best golf courses – we invite you to come visit us in Casa de Campo!

Book your flight to or from the Big Apple today at: jetBlue.com.

Please note that jetBlue recently changed their baggage policies, the first checked bag is no longer free in all cases. You can see details here: http://www.jetblue.com/travel/baggage/

Flights arrive and depart every Monday*, Wednesday and Saturday