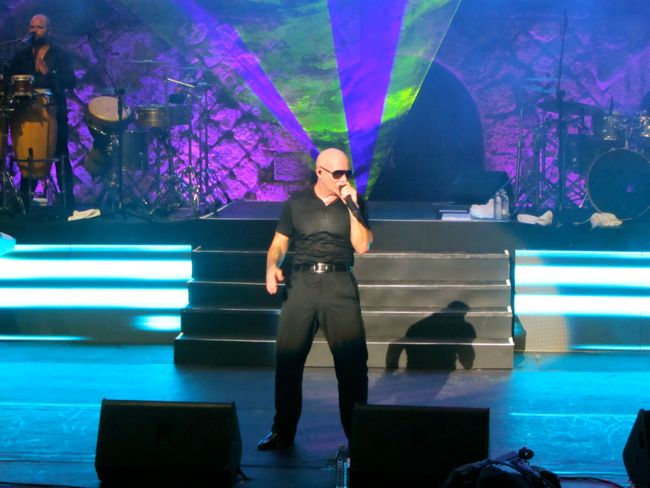 Yesterday, Tuesday the 3rd of September, the Hogar del Niño with the support of the Casa de Campo resort hosted a press conference at Peperoni restaurant in Santo Domingo.

In attendance at the occasion was Xiomara Matos, President of the Hogar del Niño, who addressed the gathered press to reveal all the details about this very exciting upcoming event which is scheduled to take part at the Altos de Chavón amphitheater on Saturday the 21st of September.

“Pitbull is super excited to finally have confirmed this concert, which since his first visit to the Hogar del Niño in La Romana, three years ago, is something he has wanted to do. Thanks to all our sponsors the event promises to be an unforgettable night in Altos de Chavón.

We are also very thankful to Poeta Callejero, who did not hesitate to give their support to the project, as well as local Dominican DJs DJ Joseant and DJ U-GO, who will all be performing on the night.

We will also have the participation of students of the Hogar del Niño School for the Deaf, who will be doing visual enactments along with the vibrations of the music.”

Also taking part in the gathering was Alejandro Lima, who Xiomara also thanked for his role in making this great dream a soon to be realised reality.

The Poeta Callejero, a Dominican urban music performer from San Juan de la Maguana, who is understandably rather excited to be opening for Pitbull at the concert, also made a special guest appearance. Having taken part in the “Mega Chavón” concert on the 30th of March earlier this year, this will mark the Poeta Callejero’s second appearance at the Altos de Chavón amphitheater.

The concert “Pitbull for the Hogar del Niño” will be taking place this coming Saturday the 21st of September from 8pm at the Altos de Chavón amphitheater, and after the show fans will even have the chance to attend an after-party with Pitbull himself – a bonus for those who purchase the “Mr. 305 Guest” tickets.

Proceeds from this event will be 100% allocated to the various education projects of the Hogar del Niño, helping the cause further its mission to make a difference in the lives of children, youths and adolescents of La Romana, allowing them to secure a better future for themselves and the community.

Tickets are already for sale, so if you want to make sure you don’t miss out on this great opportunity to support a fabulous cause and party alongside Pitbull you better buy your tickets now! [Please note tickets are not for sale within Casa de Campo – but there are lots of places and ways to get them – see below for details.]

The following collection of photos were taken during the press conference for the “Pitbull for the Hogar del Niño” concert in Santo Domingo: