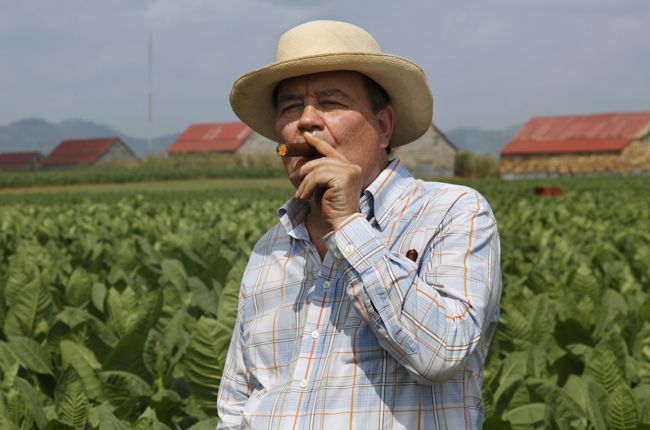 The Davidoff brand of cigars is a living tradition that extends back into the beginning of the last century. But it does not solely represent the past, and finds itself very rooted in the present and ready to advance into the future.

Nowadays, at the front of their creation stands Hendrik Kelner. Founder of Tabacos Dominicanos (Tabadom) and Davidoff’s Master Blender, Kelner and his team create complex and controlled blends to guarantee life to the beautiful tradition that is that of Dominican tobacco, which is used for cigars enjoyed by millions in more than 160 countries around the world. We sat down to interview this icon of Dominican tobacco to see what he could tell us about the world of tobacco and cigar creation.

How important do you think the Dominican Republic is in the world of tobacco?

Why do you think Cuban cigars are more famous on the international market?

Cuban cigars are more famous due to how they were practically alone on the market for around 100 years. When Spain lost all of its colonies and ended up with just Cuba, Puerto Rico and the Philippines, it decided to defend Cuba as “the jewel of the colonies,” giving it all of the facilities and support necessary for it to develop – and develop it did. Meanwhile, we were an extremely rural country and in Cuba there was a high urban capacity in cities like La Habana. There was Spanish immigration and a liberty for the production and exporting of cigars that didn’t previously exist, and suddenly there they were: all the necessary conditions, as well as a bustling internal market of consumers, since Cubans are huge consumers of cigars. But apart from all of that, today we have international recognition for being number one, that our confections are impeccable, and that we’re the most consistent.

As Master Blender for Davidoff Cigars, how many lines of cigars have you participated in creating?

When I founded the factory in 1984 we were 6 tobacco makers, and now we’ve employed 530, and we prepare 110,000 cigars daily. We only work 235 days out of the year, too. We’ve been perfecting them because we have a clear image of the fact that we have yet to find the best land, we haven’t developed the best seed, and because of that have been working on developing a lot of hybrids, looking for complexity of flavors, for tolerance to disease, for longer lasting cigars…

We have around 17 lines of cigars, but having 17 lines doesn’t mean that every line is one blend. In one line there can be up to three different blends, depending on the size and diameter of the cigar.

Many forces of nature can impact and change the flavor or flavors of a cigar. How do you and your team manage those forces to continue to produce lines of products that keep a consistent flavor?

That’s the most important thing to us, consistency. We consider a cigar to be a friend, a good friend – What do you look for in a friend? How do you pick a friend? You want a friend to be loyal, consistent, balanced, pleasant. The processes of curing and fermenting are where we must be extremely careful: first in the fermenting of the temperature, but also when it comes to quality control. We are a vertically integrated company, we produce our own seeds, we do everything. The only way to guarantee quality is to control everything.

For more information about prices and registration, please visit davidoff.com