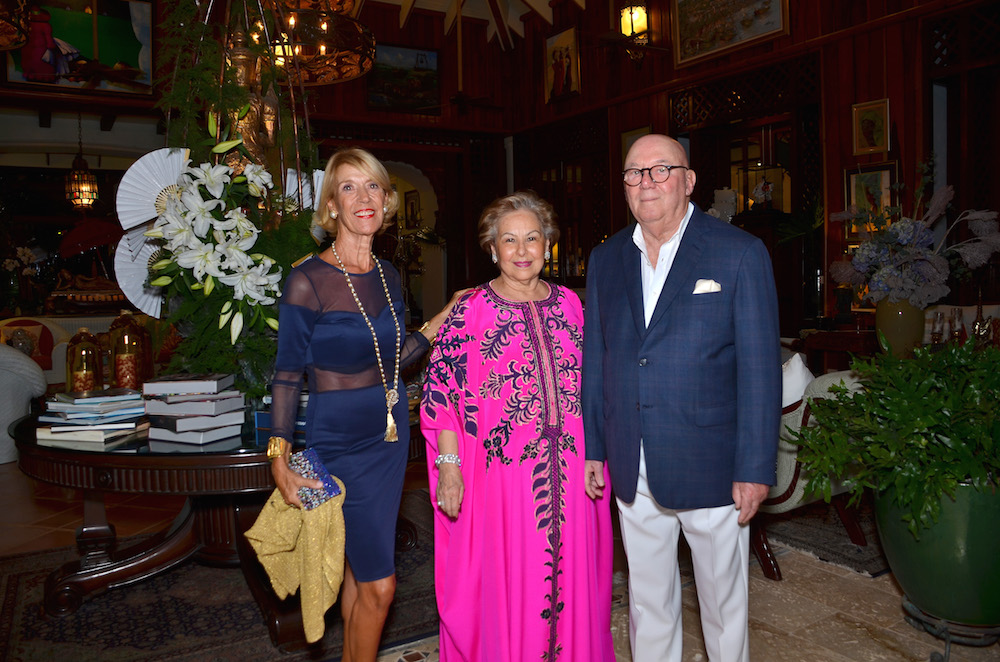 Under a covered tent guests of Xiomara and Ramón “Papo” Menéndez sat down to dine at the lovely Bahia Minitas villa in Casa de Campo, where the hosts once again honored donors of the Hogar del Niño’s Adopt a Crib program. One of three of the Patronato Benéfico Oriental’s entities, which also includes a Vocational School and Diagnostic Center, the Hogar del Niño works to educate and nurture over 1,500 impoverished children of La Romana. The Adopt a Crib program specifically aids babies in the school’s Crib Room who are fed, clothed, and bathed daily with the attentive care and supervision of nurses.

The Casa de Campo community’s generous support throughout the year is what allows the PBO to continue in its mission to “transform and empower vulnerable communities [with the goal of fostering] a community with access to quality education, medical care, economic growth, and integral development.” On Saturday, February 25th, it felt as if the entire Casa de Campo community were present, clearly a sign that so many have it in their hearts to see and be a part of the lives and betterment of these children. As they were greeted by Xiomara, founder of the PBO, and Papo, they glided out onto the elegant outdoor patio setting decorated by Tres Eventos.

Twinkling lights streamed from the trees, while white Chinese paper fans towered upwards as table centerpieces. Over welcome cocktails, guests chatted fondly before sitting down to listen to the words of Xiomara Menéndez and her daughter Xioma Menéndez, followed by Mrs. Phyllis Berney who read aloud the success story of Hogar del Niño graduate, Geuri Garcia:

Geuri Garcia graduated from the Hogar del Niño High School with honors; he then studied at the Universidad Central del Este (Dominican Republic) on a PBO scholarship, obtaining his thesis at the National University of La Rioja in Argentina. Not only is he now working with a renowned architecture firm, he has co-founded the first shoe production in La Romana. Geuri’s vision is to give back to the children of the Hogar del Niño by providing each child with shoes.

It is testimonies like these that give comfort to the Hogar, its organizers and benefactors, and momentum for continued improvement and outreach. Changing lives has the ripple effect of reaching many other persons in need. Geuri’s kind-hearted initiatives allow him to serve as a role model for other students and are paving the way for them to follow in his footsteps, as well as the footsteps of other graduates who have called the Hogar del Niño home and are better because of it.

If you are interested in creating a named fund or joining the legacy club, please get in touch with the Hogar del Nino with the details below. Guests enjoyed the musical entertainment of Victor Mitrov, who often can be heard at La Caña by Il Circo, and who also sang at last year’s Hogar del Niño 100th anniversary tribute to Frank Sinatra.

The following pictures were taken by Wilfredo Alvarez on Saturday, February 25th at the Adopt a Crib dinner: