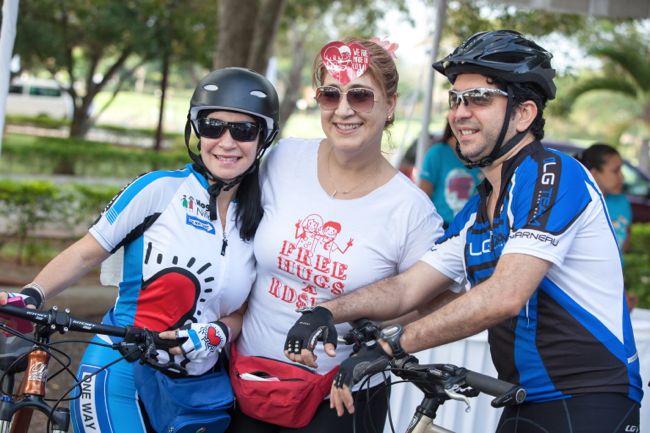 Last Saturday the 14th of February the Hogar del Niño weekend was celebrated and part of the many activities was the MTB biking ran by One Way Bike based in the Marina Casa de Campo… and it put smiles of more than just the faces of the participants!

You see not only did quiet an ample crowd of Casa de Campo bikers and local La Romana riders had a marvellous time as they pedalled their way around the Casa de Campo resort, but as a result of this activity as the money raised with the enrolment fee, the Hogar del Niño has announced that they will be able to pay for “dental materials for a period of a month for our 1,370 children at the Hogar del Niño.”

The Hogar del Niño weekend took place on Friday and Saturday the 13th and 14th of February with the aim of raising funds for the Hogar del Niño in La Romana, the Dominican Republic’s most complete daycare and educational center where more than 1500 children aged between just a few months old and 18 years are cared for every single day.

The following collection of images were taken by Bryan de la Cruz and Alejandro Heredia during the MTB bike race of the Hogar del Niño weekend 2015: