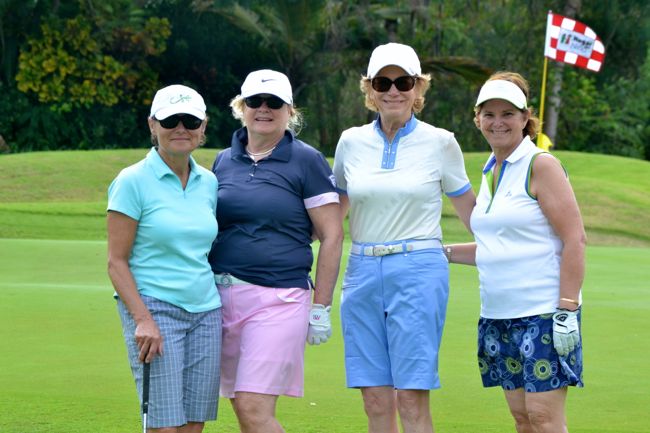 Last Saturday February 14th, otherwise known as Valentine’s Day, the Casa de Campo community shared the love as the Hogar del Niño asked “will you be my valentine”? And as always one of the most popular activities of the day was the golf tournament.

Played on the La Romana Country Club, the tournament proved so popular that the tee-off times were divided into two groups, with the first group heading out bright and early at 8am (which is also when the tennis and biking started), and the second group driving off at 1:30pm.

Although all groups were treated to a number of surprises on their way around the course, the most popular being the MacDonalds food stop, the morning group were lucky in that they avoided the rain, while the afternoon group were treated to a serenade by some of the Hogar del Niños’s most adorable little ones.

Oh and because this is too funny/tragic to miss out… look at where someone’s ball ended up! Who wouldn’t want a golf ball with their coconut!

Later that evening when we asked “where is the love?”, we found it back at the La Romana Country Club where the art themed dinner-dance was celebrated. And it was at this dinner, among the wine, delicious food and dancing that the winners of the Hogar del Niño golf tournament were announced and awarded their trophies.

The following collection of images were taken by Alejandro Heredia at the La Romana Country Club during the annual Hogar del Niño golf tournament: