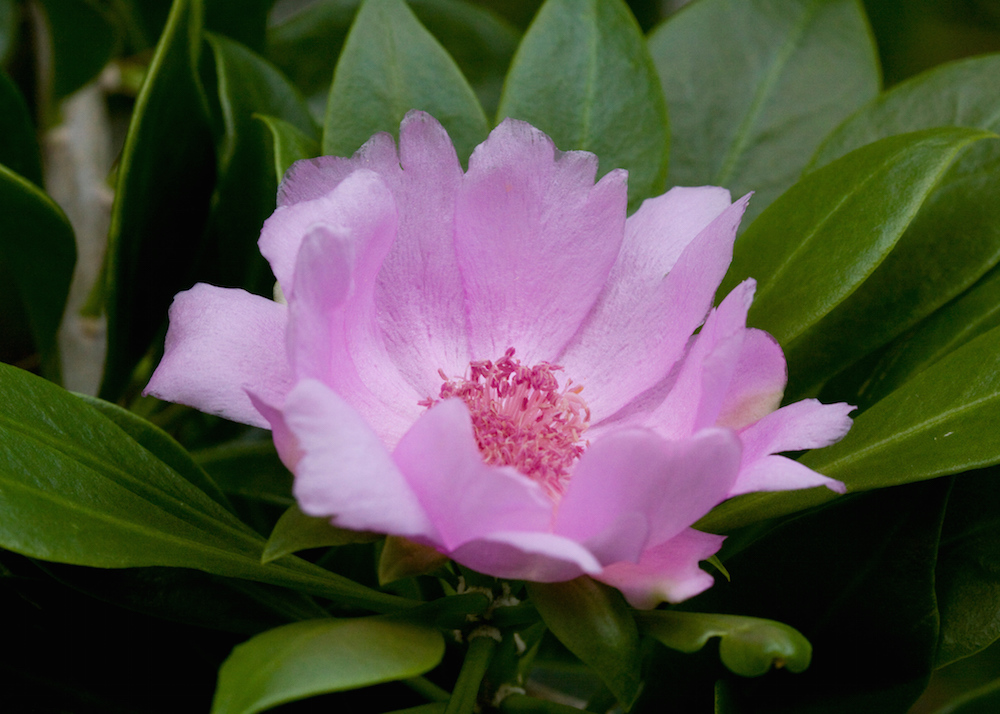 Welcome to our ninth article in the series of posts ‘Flowers in Casa de Campo’, an insight into the many different types of plants found across the Casa de Campo complex. Today we bring you the “Bayahibe Rose.”

Its scientific name is Leuenbergeria quisqueyana, although it was previously known as Pereskia quisqueyana (it changed its name in 2013). Commonly known as the Bayahibe Rose, is a species of cactus that is endemic to the Dominican Republic. The Bayahibe Rose is one of only several cactus species which contain leaves.

The Bayahibe Rose’s natural habitat includes subtropical or tropical dry forests that are found on the Southeast coast of Hispaniola; particularly around the town of Bayahibe, its namesake. It is critically endangered due to habitat loss.

The Leuenbergeria quisqueyana is a dioecious cactus that resembles a shrub and it reaches 6 meters (20 ft) in height. Its trunk is surrounded by groups of spines that erupt in bunches. Its succulent leaves are elliptical in shape and are a bright green color. The flower of the Bayahibe Rose is pink in color and blooms from the ends of its branches. Its fruits are yellow and contain black seeds.

This is the ninth article of our series “Flowers in Casa de Campo”, in future articles you can look forward to reading about: The Cayena, the Isabel Segunda and much more!

* This article was written by former collaborator Daniela Medina, and updated with the name change