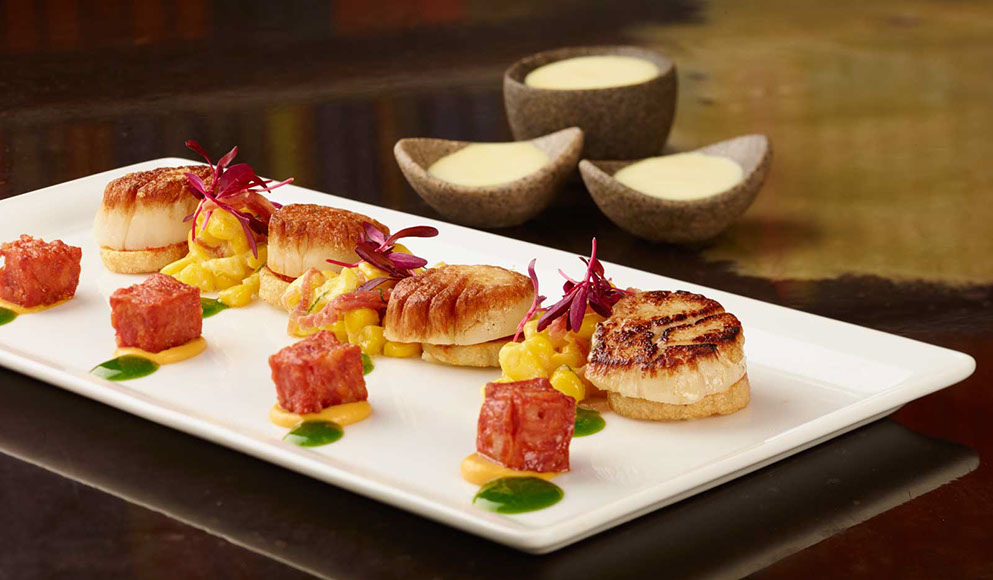 After the success of its inaugural series in 2016, Casa de Campo Resort & Villas is excited to announce the return of “Flavors of the World,” a gastronomic journey highlighting the collection of casual, gourmet, and fine-dining options available at the luxury Dominican resort. The second year of the culinary event series will continue to pair internationally-renowned chefs with the resort’s creative culinary team, led by Executive Chef Anthony Masas, in the creation of unique, weekend-long culinary affairs that each feature a different flavor of the world and offering epicureans the opportunity to mingle with globally-recognized talent alongside the Casa de Campo culinary team.

“Casa de Campo Resort & Villas is looking forward to bringing back this sensational culinary event in 2017,” said Andres Pichardo, President of Casa de Campo. “Flavors of the World engages both the local and international culinary communities, which allows us to share our passion for innovative and incredible dining experiences that connect with and excite guests and gourmands alike.”

The 2017 festivities will kick off from April 13-16, dedicated to the distinct flavors from Bogotá, Colombia, featuring Leonor Espinosa and Mark Rausch, two of the most notorious figures of the blossoming restaurant scene of the Colombian capital. The weekend’s events include: an inaugural “flying” dinner of passed tapas on Thursday, April 13th at Playa Minitas, with Chef Espinosa providing the savory dishes and Chef Rausch providing the sweet dishes; a collaborative six-course fine-dining wine pairing dinner at La Piazzetta with the Chefs Espinosa and Rausch joining Chef Masas on Friday, April 14th; and a casual Sunday brunch by Chef Rausch on Sunday, February 16th. The “Flying” dinner will cost $99 per person, the wine pairing dinner $125 per person, and the Sunday brunch will be priced a la carte.

Chef Leonor Esponisa, also known by her nickname ‘Leo,’ is the owner of Leo Cocina y Cava in Bogotá, which features a fusion of traditional and modern Colombian cuisine. Opened in 2007, the restaurant has received international acclaim, being ranked one of the top 82 restaurants in the world by Conde Nast Traveller (2007) and one of the best restaurants in Colombia by the S. Pellegrino list of Latin America’s 50 Best Restaurants (2014, 2015). Chef Leo’s menu is based on periodic studies of different bioms and ecosystems in Colombia, pairing local products and ancestral knowledge with cooking techniques and dishes.

Mark Rausch, along with his brother Jorge, founded the Bogotá restaurant, Criterion, in 2003. The restaurant was one of the first fine dining restaurants in the city’s now-popular “Zona G,” and has since solidified its reputation having been named the best restaurant in Colombia by the S. Pellegrino World’s Best list for the past three consecutive years. The Rausch Brothers have also become Bogotá’s most famous chefs and have grown to own seven restaurants, with nine different locations throughout Colombia. The Rausch Brothers’ cuisine is known for its wide-ranging French menus, held together by sauces that combine traditional techniques with vibrant Latin color and unexpected local ingredients.

Flavors of the World Bogota

The weekend’s events include: