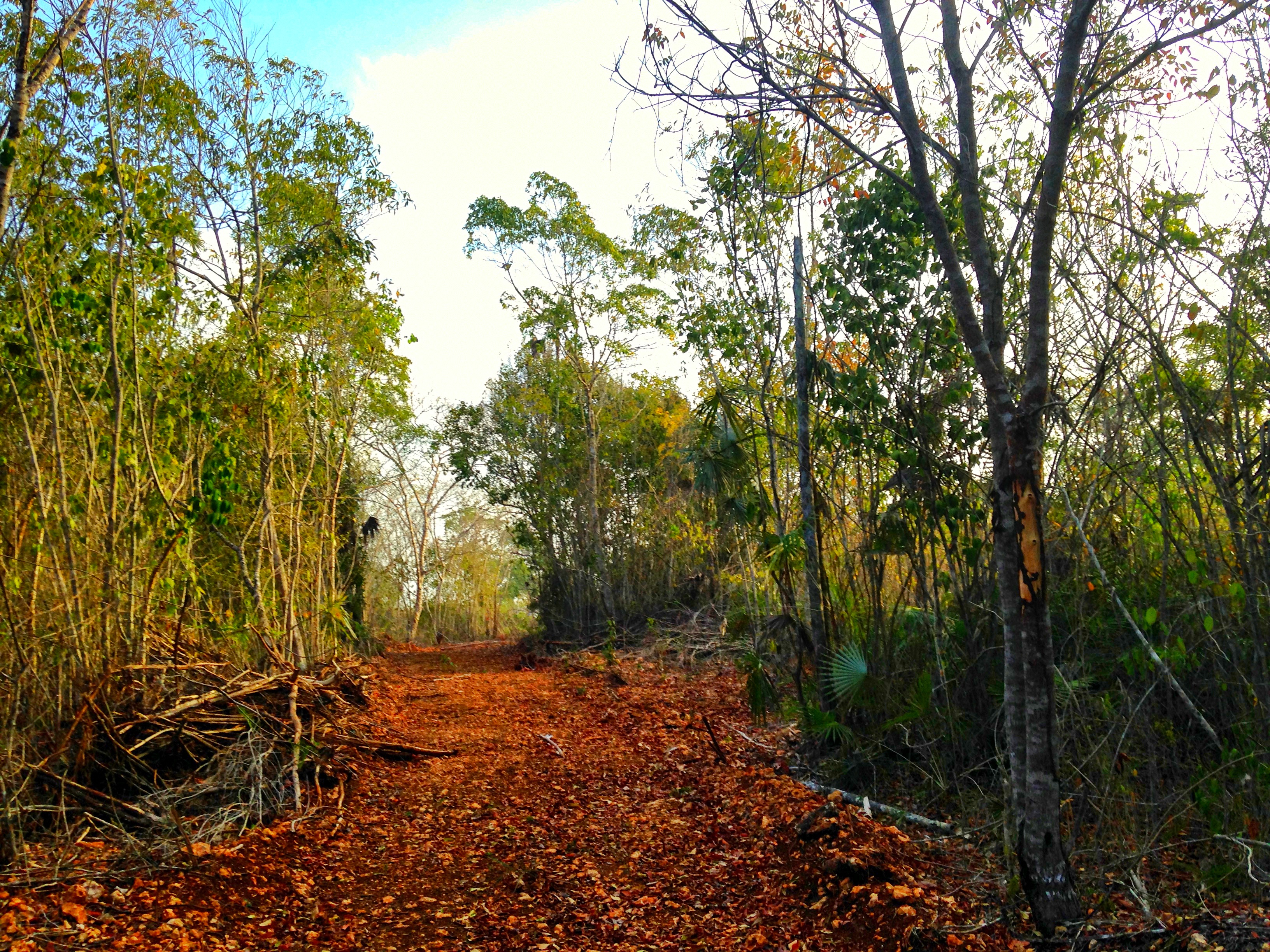 We’ve been at it again… adventuring in Casa de Campo! And this time we have discovered (and very much enjoyed) the beginnings of the Casa de Campo Park!

The Casa de Campo Park, being referred to by Costasur Dominicana as the “Parkland Project” will be a 65-acre (26.3 hectare) space dedicated to sports and recreation, located within the long strip of land between the Los Altos apartment complex and the Dye Fore Lakes golf course. It will also border the “Vista Lagos”, as well as the “Los Flamboyanes” neighborhoods- you can see that more clearly on the map at the end of the article.

First reporting about this new and exciting project back in December 2014, we told you, “the project is expected to be partially opened in April 2015, while the hope is to have the park fully accessible by the end of fall 2015.” However now that it is May 2015 and the park hasn’t yet “partially opened” we thought we’d take a look around to bring you an update on the progress.

We asked about the progress, Adolfo Despradel, Director of Planning and Design, Costasur Dominicana, told Casa de Campo Living, “attention is being focused on the new Casa de Campo second main entrance while alternatives are being explored for the park. Last week we met with the horticultural and botanical directors of the Jardin Botanico Nacional (the Dominican National Botanical Garden) who will be helping us out with identifying species of value as well as working on strategies for the maintenance and propagation of native plant life in the area.”

Our first adventure into the Casa de Campo park

[Note: The Casa de Campo Park is not yet opened or completed.]

Strolling out of our apartment in the Los Altos apartements development, Philip and I normally walk around the Dye Fore golf course, but recently we noticed some rustic pathways leading through the area marked out for the Casa de Campo park… so we put our exploring hats on and decided to take a look around!

From the very end of Los Altos we first ventured into what will later become the top end of the Casa de Campo Park. This area will contain a 1.5km walking loop sandwiched between the very end of the “Los Flamboyanes” and the “Vista Lagos” neighborhoods. Here the path we found is very well cleared, has been covered by a kind of gravel and although clearly not ready was really a rather nice stroll through the woods. It has a charming rustic, wild feel that makes you forget you’re inside Casa de Campo and feel as though you really are out and exploring the Dominican wilderness.

Speaking to Adolfo Despradel he was keen to emphasize that what we were walking was just the “first cut” and that they are “exploring alternatives” for the path surfaces.

Here are a few more images of this upper section of the path as it is currently (May 2015):

After this first little adventure, we decided to stroll on into what will later become the central park area, which when completed will contain a 2.5km principal walkway, as well as recreational sporting areas and secondary pathways. This area is located between the Los Altos apartment complex and the Vista Lagos neighborhood.

What we found in this area was some well cleared pathways, as well as some not so well-cleared, which of course is to be expected as this area is not open to the public and is certainly not a representation of what we can expect of the Casa de Campo Park once it is opened. We did however have a great time exploring the area, we saw some beautiful birds including a Great Blue Heron, some enormous towering cacti and although we didn’t spot them, Adolfo did tell us that the area is full of Rhinoceros Iguanas. It is this incredible wildlife and more importantly its preservation which makes this project so special. The idea is not to create a preened and perfect park, but to create a harmony to allow nature to continue to flourish.

Here are a few of our images taken in the central area of the Casa de Campo Park:

So there you have it! This project is shaping up very nicely – we can’t wait to see it fully completed! Please remember that although we did venture in and take a look around, the Casa de Campo Park is not yet officially open and is not ready.

The following should give you a better idea of what to expect once the Casa de Campo Park is opened and fully completed:

While the Parkland Project will continue to develop and evolve over the next year, the basic concept is to integrate the natural beauty of the area, taking special care to preserve endemic species of plants and wildlife, while also creating a space for the enjoyment of Casa de Campo villa owners, residents and guests. Just like in many parks around the world, Hyde Park in London or Central park in New York for example, the new Casa de Campo park will have principal walking paths, made of asphalt or concrete, in addition to secondary walkways made of gravel and open spaces or meadows. The images above and below should give you a good idea of what we can expect from the “Parkland Project”.

• 2 walking circuits; one of 2.5km in length which will loop through the entire park, and another of 1.5km.

• A pedestrian walkway to Altos de Chavón to connect the neighborhoods to Casa de Campo’s village of artists.

• Sports and recreational facilities, as well as a staging area for small outdoor events.

• A dense vegetation barrier to protect the bordering neighborhoods from any noise.

• Preservation of endemic plant species. The park will not be a pristine “lawn” type park and Costasur is working closely with an expert from the National Botanical Garden in Santo Domingo to ensure that important endemic plant species, such as the giant cacti, are preserved.

• The grounds maintenance department and the golf cart storage area for the Dye Fore golf course will be sealed off from view by a dense bamboo fence.

The following photos are “before and after” images of areas within the future park area, giving you a clear image of what we can expect from the “Parkland Project”:

As for the development of the Casa de Campo park, the project is being developed in 4 phases:

This will see the opening of the two principal walking loops (2.5km and 1.5km), in addition to the pedestrian walkway to Altos de Chavón. According to Costasur this will happen as soon as the area has been cleared and the walking loops are ready.

Costasur has already created a test path, and is now in the process of selecting the ideal material for the pathway.

The stage will also see the planting of specimen trees, as well as of wild grass (“grama pajon”) along the edges of the pathways, as a means to control thorny weeds and overgrowth.

Following the opening of the principal walking loops, an additional 1km of secondary pathways will be created through the more dense woodland areas.

Costasur will then proceed to create a number of meadows / open spaces. These informal open spaces will be available to be used for picnics, sunbathing, or a casual game of soccer, frisbee or even yoga.

To complete the final stage, Casa de Campo and Costasur will be seeking the feedback of the Casa de Campo community in order to make the final adjustments. It will also be during this final stage that additional facilities will be evaluated and added, these could include a kids playground, as well as formal recreational courts (basketball court, football pitch for example).

The central area with different shades of green indicates where the park will be located, while the yellow/orange line running through this area shows the proposed location of pathways and the walking circuit.