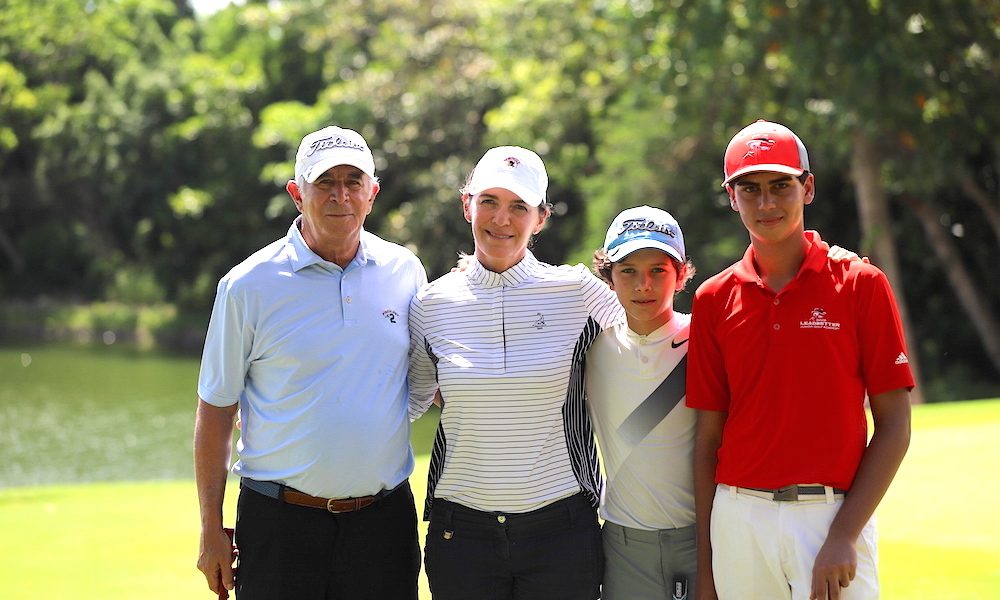 We hope you were in Casa de Campo this past weekend, otherwise, you missed out on some fabulous activities! Below we’re recapping all that took place as part of Dueños Weekend 2019 from October 25th-26th, a celebration hosted every year by Costasur and Casa de Campo Resort to thank the villa owners for their continued support throughout the year.

In what is the weekend of the year for villa owners began with the “Entrega de los Regalos” on Friday afternoon that stocked up residents with souvenirs and updates on the newest activities from all the resort’s departments. Friday night followed with Night Golf at the Teeth of the Dog driving range and Night Spa at the Casa de Campo Hotel; and sports enthusiasts woke early on Saturday morning to take part in the various tournaments around the resort, including tennis, golf, shooting, as well as horseback riding, the Casathon, and Longest drive contest. Little ones enjoyed a day at the beach with Camp Frost, smaller ones got to spend some time at La Vecindad coloring, playing and running around, and then trick-or-treating all through the establishments at the Marina.

Saturday night’s lovely night air was filled with party-goers at La Romana Country Club and kept everyone dining and dancing for hours with La Boba Band. Stayed tuned as we bring you photos from each event!!

On Friday October 25th, we first greeted lots of friendly faces at the traditional “Entrega de Regalos,” or welcome cocktail at the Flamboyan Conference center where hundreds of Casa de Campo villa owners passed through to collect their “goodie bags,” but were also treated to a number of other surprises! Read more here.

We came! We conquered! The Dueños Tennis tournament saw great rallies and close shots. This lifetime sport was enjoyed by many villa owners.

Always a very popular event for the weekend, the Dueños Golf Tournament played on the Teeth of the Dog  course on a beautiful Saturday morning and afternoon.

Who was Casa de Campo’s best marksman (or woman)? Find out soon!

Saturday’s lovely night air was filled with party goers at La Romana Country Club starting at 7:00 p.m. and kept everyone dining and dancing for hours. Stayed tuned as we bring you photos and coverage from the event!!