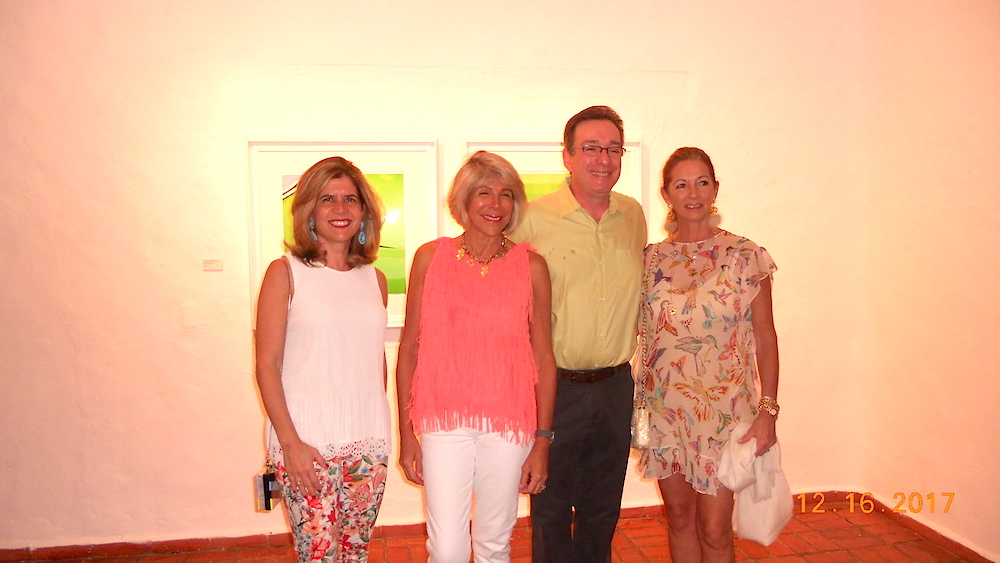 On Saturday, December 16th the main gallery in Altos de Chavón hosted the opening of the photographic exhibition, “Los Almendrones” by artists, Clara Martínez Thedy, Mary Rosa Jiménez, Carlos Acero, and Sandra Garip. The impressive photographs were dispersed throughout the walls of the first floor of the gallery, where many members of the Casa de Campo communitygathered to enjoy a fantastic evening and meet the artists.

For those who might not know “Los Almendrones” is the name given by Cubans to their old cars. These vehicles date back to the 50’s and can be seen cruising around the streets with such majestic elegance and carefully preserved by their owners. Due to the commercial blockade to the island in 1962 by the US government as a measure to try to stop the Castro revolution was the absolute impossibility of purchasing spare parts for the Dodge, Ford, Chevrolet, Plymouth, Packard and other American brands that had already settled in Cuba before the arrival of the communist regime. The owners of these cars were forced to use their imagination and local resources to keep them operational: from Soviet tractor engines to refrigerator parts to the most unlikely crafty inventions… everything was worth it since it meant it kept these cars alive and running which for many Cubans was the only possibility of having a car. 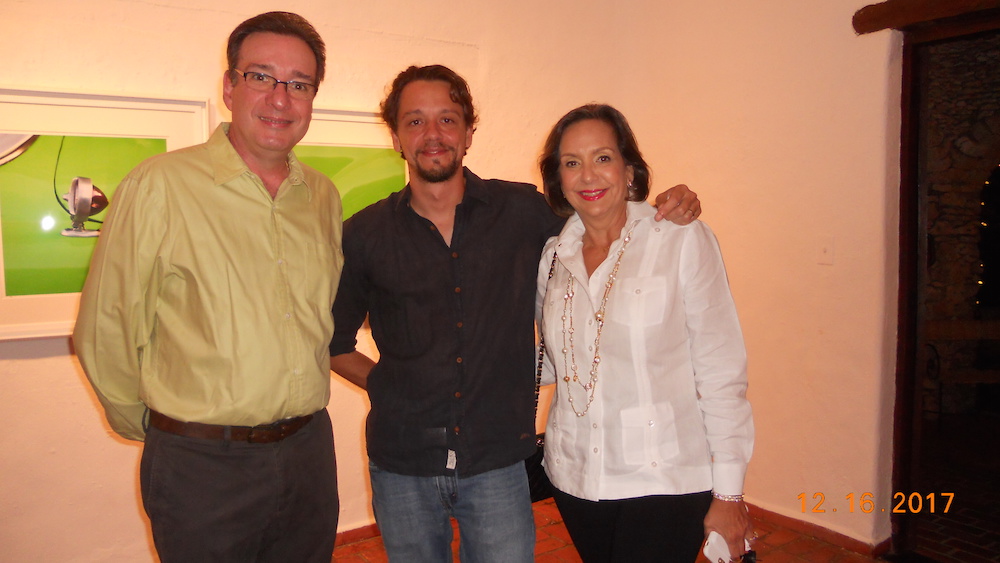 These four artists traveled to Cuba and brought back beautiful and vibrant pictures of these cars which are considered to be mobile museums. They are now part of their history and one of the most popular tourist attractions. See below how each of them describes their time and experience in Cuba:

“Now in the twenty-first century, many survivors of those years, mobile museums and other old ruins on wheels, continue to populate the streets of Havana in a kind of mechanical being with an explosion of color. One day, not very far away from the new era in which Cuba is entering, these marvels of the ordinary will become memories, pieces of nostalgia. But while that day arrives, we inevitably fall under the spell of the Almendrones and we have no choice but to ride on the one we like the most, igniting the motor of imagination, stepping on the accelerator of the adventure and through these images, escape of our reality taking a trip through time!” – Mary Rosa Jimenez 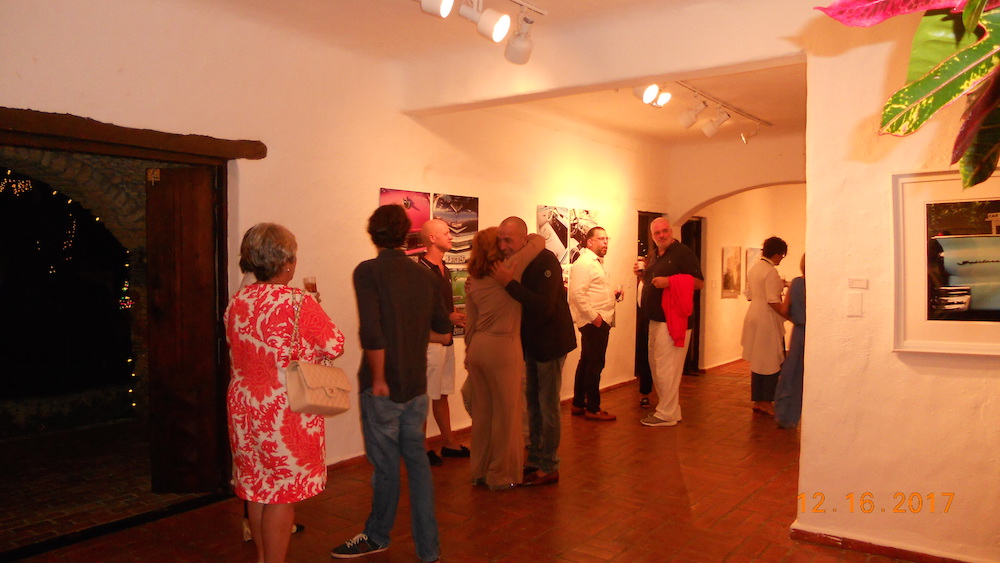 “As vestiges of time, rather large and colorful Los Almendrones continue circulating throughout La Havana. Elegant and intrepid, they show their greatness by mocking the years that their skeletons carry. They have become one of the main tourists’ attractions who die to cruise around the streets of a capital that reached the peak of glory and progress; they remain silent and restless waiting for an uncertain future.” – Clara Martinez Thedy

“I am fascinated by Cuba. Every time I visit our neighboring island I continue to feel more attracted towards its architecture and its people. An architecture that stopped in the middle of the last century, and that despite its deterioration it manages to hallucinate my eye and my camera lens. Gazcue, where I was born, is what to me most resembles this country, but not even the most beautiful of its residences are comparable to the splendor of Cuba, the details of its floors… of its doors and windows… of its smithies… of its cornices … of their roofs … of their facades… I am very sorry not to see them as radiant as their Almendrones, American vehicles who still circulate in the streets of the island after a century of manufacture. Fords, Pontiacs, Willis, Cadillacs and others work perfectly, surprisingly maintaining their original beauty.” – Sandra Garip Hued 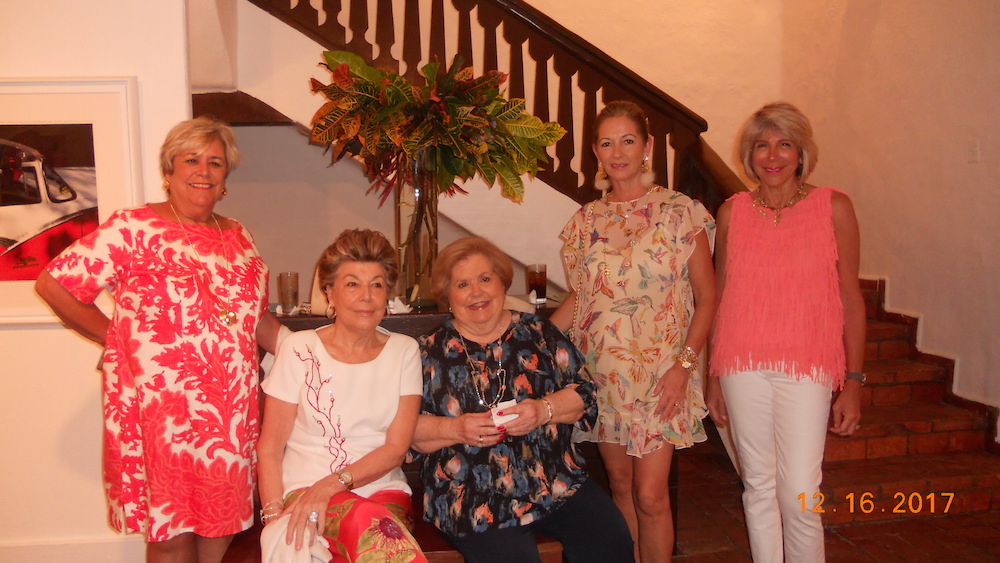 “Visiting Cuba is always a challenge for a photographer. The first thing that every foreign visitor notices when entering Cuba is the large number of American cars, manufactured in the 1950s, that still continue to circulate in all the streets of the island. Many of them have been restored and preserved becoming an attraction and which are used by tourist as taxis to travel to different places of interest in Cuban territory. This, together with the undeniable creativity and ingenuity of the Cubans, motivated by the general shortage of spare parts, makes these vehicles an asset linked to the morphology of the urban and to the tradition in that country.” – Carlos Acero

The exhibition will remain open to the public until Monday, January 29, 2018. So, whilst you are here in Chavón this season don’t miss the opportunity to go to the gallery and see the beautiful pictures on display. See more picture of the opening provided by the Altos de Chavón Gallery taken on Saturday, November 16th.