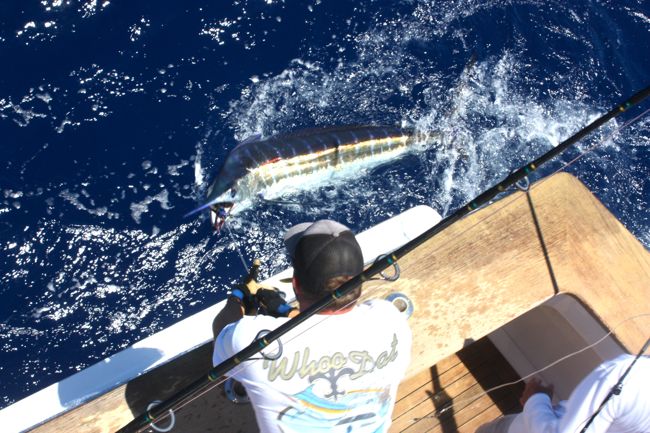 Every year the The Billfish Report announces it’s Top 10 Billfisheries of the Year, and it just named the Dominican Republic as #6!

And while the Dominican Republic was ranked #1 in 2013, coming in at #6 is still a great success for the east coast of the Dominican Republic, with “some of the finest Blue Marlin fishing in the Atlantic. They may not get the big girls in these waters, with only two (2) reported to us over 500 lbs, but they make up for that in quantity.” Says The Billfish Report.

With fishermen coming out of the Casa de Campo regularly catching 5+ Blue Marlin a day, 2014’s fishing season ended with a total of 855 blue marlin releases, 49 of the more elusive white marlin were also released, along with other species of fish, such as tuna, mahi-mahi’s, and wahoo. In addition, an enormous 376 pound swordfish was also landed by the crew of Contango.