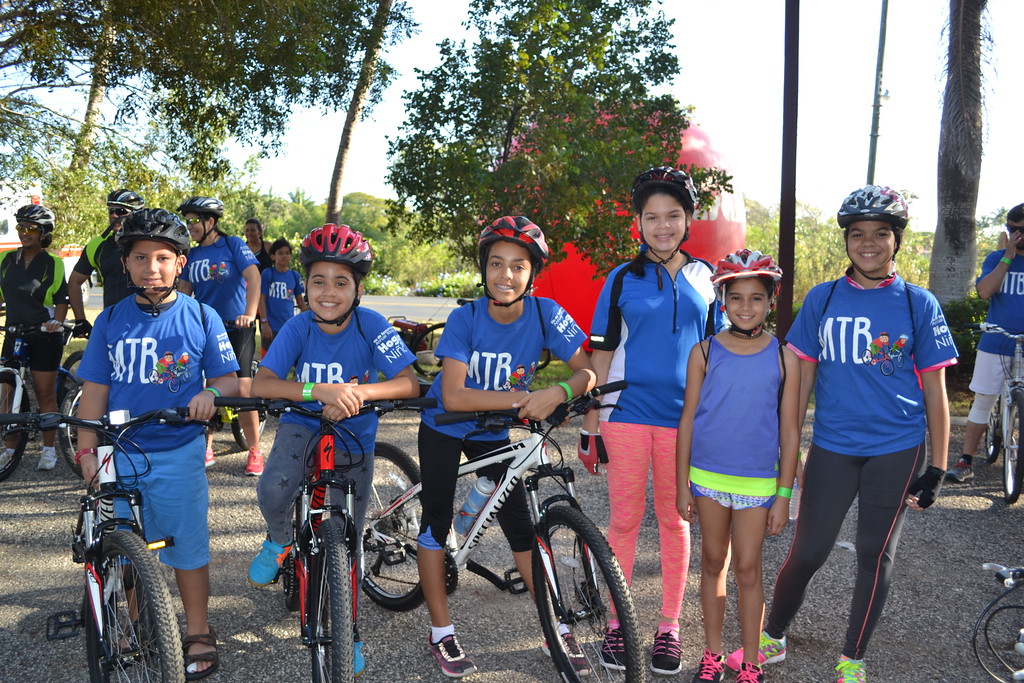 We’ve already brought you the victorious details and results from the Tennis and Golf Tournaments during the Hogar del Niño Annual Weekend, but now we’re bringing you the action on wheels! The MTB bike marathon and the extreme sporting experience at the Motocross Track are jam packed with cool pics!

La Romana Country Club was the starting point for The Hogar del Niño MTB bike marathon and it was full of children, teenagers and adults ready to explore Casa de Campo. It’s wonderful to see so many people come together for such a great cause!

The marathon began at 8:30am and covered 30 km of terrain, but a shorter route was also available for young participants and their companions.

The first stop was the NEW Motocross Track where everybody was able to oh and ahh over the latest addition to the Casa de Campo Resort. Umberto Pitzalis, owner of One Way Bike, alongside Boxeracing, presented a display with motorcycles and buggies that would give anyone quite the adrenaline rush! It was AMAZING! If you are a motocross enthusiast you will definitely appreciate the course’s layout with its slopes, turns, hills, and jumps. You might even feel like you’re in the X-games!

If you didn’t try it out over the weekend, we hope you get the chance to visit it soon. Take a look at these photos provided by Bryan De La Cruz (809-913-0295, [email protected]) to see how cool it is:

From the Motocross Track, the next stop was Altos de Chavón where smoothies were waiting for folks at Fresh Fresh Café, followed by a delightful fruit salad at La Morela. The marathon ended its course back at the starting point, where attendees enjoyed lots of flavors of gelatos by Cinco, pizza provided by the hotel, hot dogs by Higueral and hamburgers by McDonald’s in La Romana Country Club.

Cycling in Casa de Campo is certainly here to stay! Made popular not only by these special events, but daily as individuals and groups bike Casa’s long stretches throughout the resort. There are gorgeous places to see and explore, so its no wonder why the community is traveling more and more by bike.

Don’t think twice before grabbing a helmet and some bike gear; the picturesque and athletic world of cycling and motocross awaits. If you’re ever in need of a bike, visit “One Way Bike” at the Marina in Casa de Campo… And start practicing for next year’s marathon!