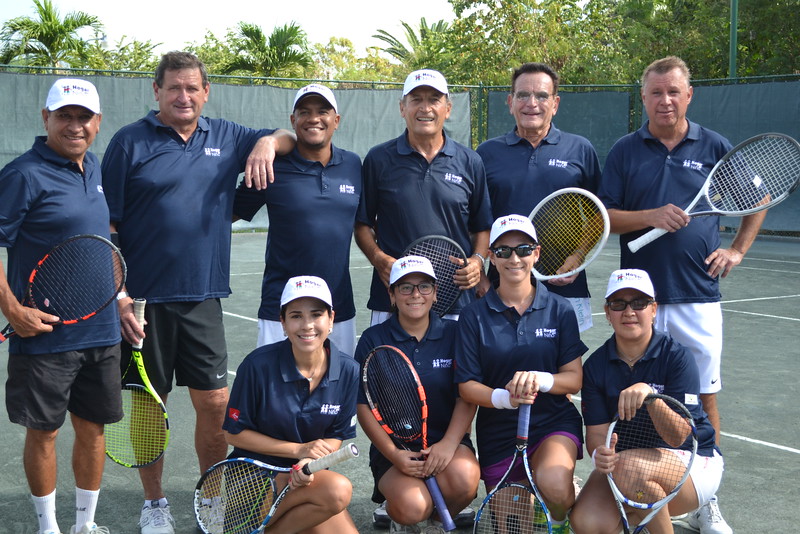 On Saturday February 13th, the Casa de Campo community got together to support the activities of the Annual Hogar del Niño fundraising weekend. The Tennis and Golf Tournaments both played at La Romana Country Club.

Starting early Saturday morning was the Tennis Tournament that began at 9 am with many stretching their muscles and practicing  their fierce serves.  After a fun and friendly competition,  Stan Couldrey and Gerard Merscher earned the title as men’s champions, while Ivonna Sosa and Melanie Quezada were women’s champions.

Following the impressive cardio workout on the courts, the time came for all golf lovers to kick off one of the most popular activities of the Hogar del Niño Weekend: the Golf Tournament! The popularity of this tournament has been so transcendent that since previous years it has started featuring two tee off times, one early in the morning, and the other in the afternoon in order for the entire community to have a chance to get involved.

The team made up by Tito Brenes, Santiago Hazim, Daniel Dalet and Juan A. Oller were crowned Gross Champions of the tournament and Danilo Bobadilla, Leonardo Sanchez, Carlos Haché and Domingo Bermúdez took home the trophy as the 2016 Net Champions.

The following gallery of photos were taken by Mariana Heredia at the Hogar del Niño Golf Tournament at the La Romana Country Club:

Thank you to Bryan De La Cruz for the beautiful pictures shared in this article (809-913-0295, [email protected]) and taken during the Hogar del Niño Weekend in Casa de Campo.