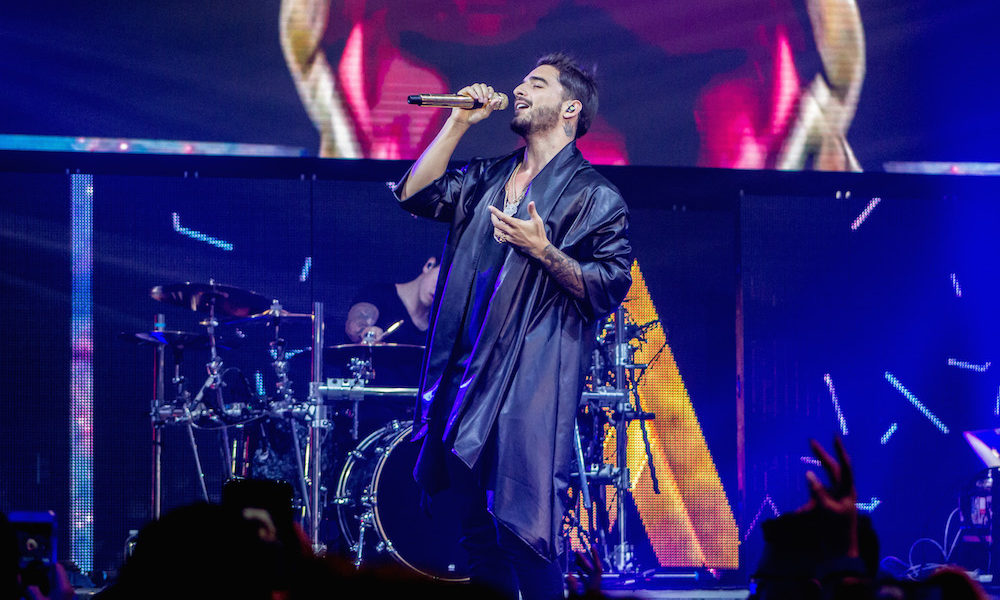 Casa de Campo has just announced the resort’s summer concert!!! On the heels of the conclusion of Jennifer Lopez’s concert in the Dominican Republic, the team is back at it bringing more music to the cobbles of Altos de Chavón. This June, on Saturday the 17th, Maluma and Wisin, two of Latin America’s biggest artists, will perform in the open air amphitheater.

What may seem as a quick turnaround for concerts within the resort only shows their commitment to providing residents and guests with hip quality entertainment. President Andrés Pichardo says, “It is an immense pleasure for our resort to be hosting Maluma and Wisin, two of the most recognized and admired urban Latin artists. This concert forms part of our summer concert line-up that, starting with the epic Jennifer Lopez concert this past April, are helping to further position the Dominican Republic as a leading Caribbean tourist destination.”

The concert will be part of Maluma’s current World Tour and the promotion of his new single, “Felices los 4” which was released just days ago! The young star from Medellín who’s just 23 years old has already stacked up noteworthy collaborations in his two albums, Magia and Pretty Boy, Dirty Boy with stars like Ricky Martin and Shakira. The second of his albums rose to number 1 on Billboard’s Top Latin Albums. It comes as no surprise media outlets are quick to point out a possible rivalry with same-age hottie Justin Bieber, who also just performed in the Dominican Republic. Maluma, whose real name is Juan Luis Londoño Arias, already has 24.3 million followers on Instagram, that’s more than quadrupled in the last two years!

Maluma will be joined by reggaeton veteran Wisin, of Wisin y Yandel— the popular duo that formed in the early 90s recently announced their comeback two months ago at a Zion & Lenox’s concert in Puerto Rico much to the delight of fans around the world. In hindsight of Jennifer Lopez’s concert and guest appearances that included Marc Anthony and Gente de Zona, it’s now clear why Wisin y Yandel didn’t join J.Lo on stage as rumors surged. The singers collaborated with J.Lo on the single “Follow the Leader”, and over a long career other collaborations extended to Daddy Yankee, 50 Cent, Pitbull, Chris Brown, Enrique Iglesias, and more. Wisin y Yandel have received several awards over the years, including a Grammy for Best Latin Urban Album in 2009. Wisin will promote his latest single, “Escápate conmigo” along with some of his best hits that include, “Esta noche hay pelea”, “La gitana”, “Saoco”, “Duele el corazón”, “Nota de amor” and “Que viva la vida” among others.

Wisin and Maluma collaborated on the single “Sin Contrato” which also featured Don Omar, released in late 2016 that can be viewed on Maluma’s Youtube page. The show is under the production of Gamal Haché of Bravo Entertainment and officially sponsored by Ron Brugal and Mastercard. Casa de Campo announces pre-sale tickets will be available exclusively for Mastercard holders who can also receive a 15% discount for 15 days until Tuesday, May 2nd, in addition to a 15% booking discount on hotel rooms. Contact the resort for more room and ticket packages at (855) 877-3643.

Ticket prices for Maluma and Wisin will be $75 for general admission and $145 for VIP. Tickets will be available soon at UEPA Tickets, the Casa de Campo Villa Owner’s Club, and CCN Services at the Supermercado Nacional and Jumbo.