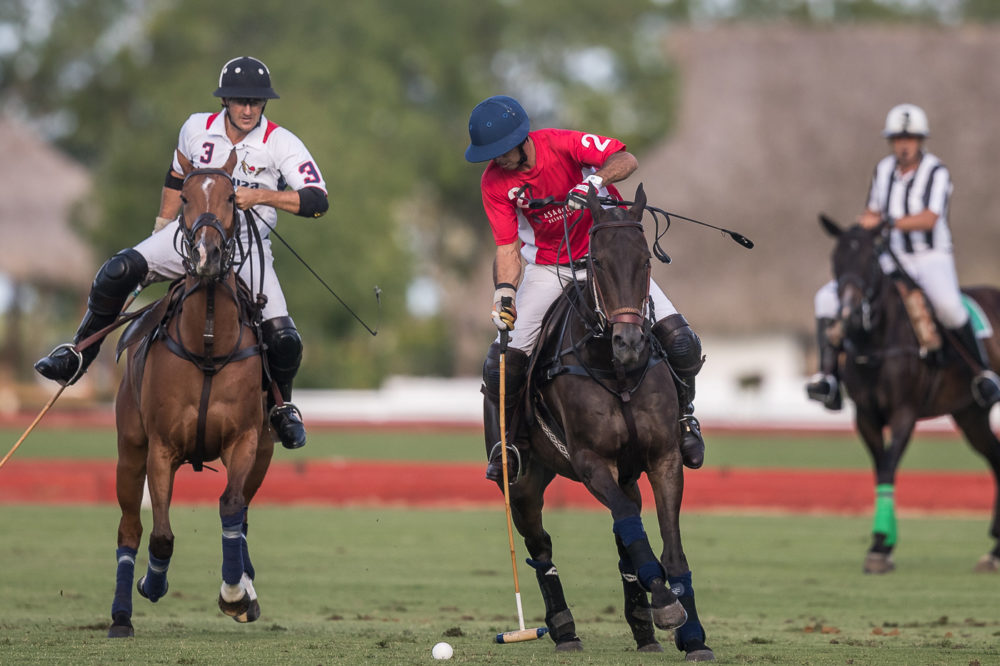 On Wednesday, the qualifiers stage of the Caribbean Open came to an end during the afternoon, after the match Lechuza Caracas vs. Casa de Campo, at Lechuza. Even though the weather threatened to suspend the match, finally the sun came out and the match took place, with a quite crowded audience.

The start of the match was very even, there were several goal opportunities, but the team that had the best one was naturally Lechuza. Victor Vargas opened the scoreboard thanks to the help of Juanma Nero, his teammate for the last 8 years. But Casa de Campo managed to get back on track quickly, and took the game to a tie thanks to Leo Matos. Once again, Victor Vargas scored and the first chukka closed with 2-1.

The goal opportunities kept on showing up, but Lechuza couldn’t manage to get a wider lead that would allow them to reach the end of the match more relaxed. Actually, both teams entered the last chukka tied at 6-6. Finally, the Venezuelan team showed its teeth. Pelon Stirling was the first to score, but Leo Matos, who has had a great performance during the match, scored again. Then came Lalo James, who scored his first goal on the match and on the last seconds of play, Victor Vargas scored a fourth time, and the match ended in 9-7.

The Polo Challenge RD 2017 will end this Friday with the grand finale of the Caribbean Open:

The first edition of Concours d’Elegance Casa de Campo, an exhibition of more than 30 vintage cars, will be one of the attractions during the grand finale of the Polo Challenge RD 2017 Caribbean Open that will take place on Friday, April 14th. Read more here.