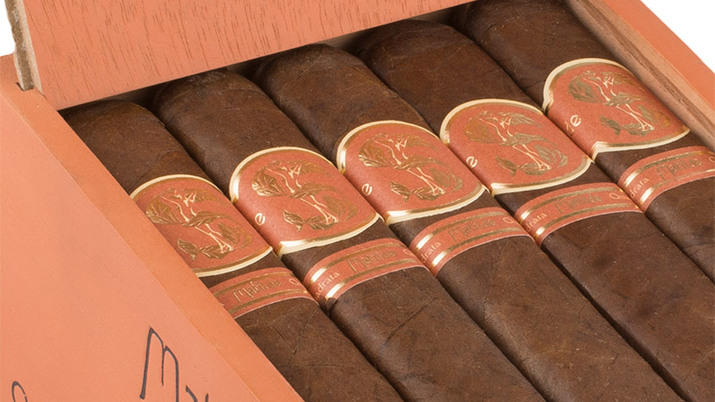 Attention cigar aficionados, something new is in the air! Matilde just announced a new arrival to their family, the release of a third cigar line! May I tell you, it’s quite spectacular indeed… meet Matilde’s first-pressed tobacco line, Matilde Quadrata!

For a brief history of the company, in 2013 the legendary master blender and veteran of the industry, Jose Seijas retired from Tabacalera de Garcia and established his own brand, Matilde, which focused on a limited amount of production. Jose had the opportunity to work with a variety of tobacco flavors and through the production of his first two lines, Renecar and Oscura, he firmly established his brand as premium and quality smokes. In 2015, both lines were highly praised and recognized in the Halfweel Awards, one of the most influential awards in the cigar industry.

Now, we have pleasure of welcoming the arrival of a new baby in the Matilde family – Matilde Quadrata. It is their first box-pressed line, the main difference being that the sides of box-pressed cigars are gently pressed so the cigars become squarer, hence the name Quadrata. Box pressing is also a technique believed to give the cigar a better draw and burn. In addition, Matilde Quadrata will be torpedo shaped which is one of the most difficult ways to roll a cigar and requires a lot skill. Isn’t it exciting?!

Jose Seijas says the Matilde Quadrata line will begin shipping immediately after the IPCPR Convention & Trade Show, which will conclude on July 28th. We can’t wait until the new line is available for purchase and will keep you posted!

Body: Medium-Full, stronger than the original Matilde but milder than the Matilde Oscuro