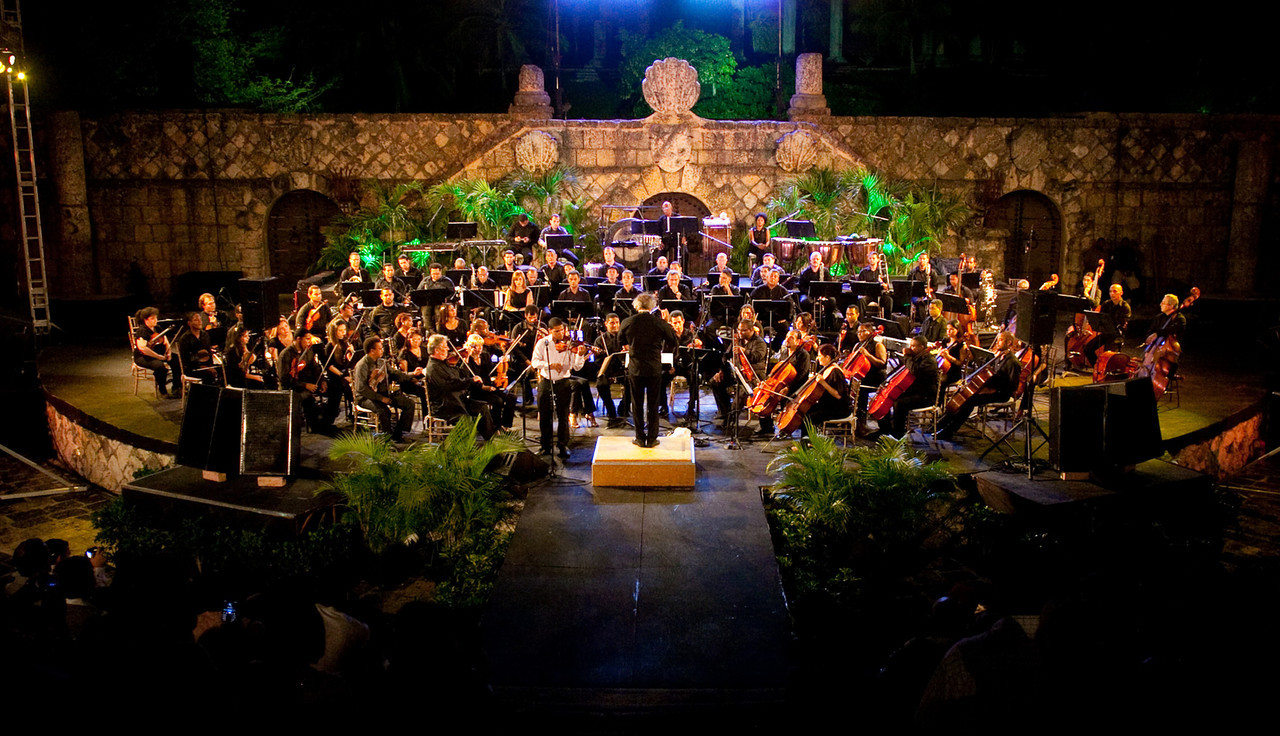 Having first taken to the Altos de Chavón amphitheater stage for the first time in 1984, just 2 years after the magnificent venue was inaugurated during the Concert for the Americas with Frank Sinatra, the Dominican National Symphony Orchestra has wowed the Casa de Campo community numerous times over the years, each time always more spectacular than the last.

This holiday season, Maestro José Antonio Molina will lead the orchestra in a special Christmas Concert including special guest performances by Maridalia Hernandez, Danny Rivera, as well as CHORALIS, the female choir of the Center of Modern Music Education (Centro de Educación Musical Moderna) who will be directed by Laurina Vasquez Espinosa.

We look forward to seeing you at this and all of the many Casa de Campo holiday events in Altos de Chavón. Don’t miss the tree lightning ceremony at the Chavon Plaza next Saturday December 11th!

[Image taken during the performance of the National Symphony Orchestra during the Festival de Primavera in 2013.]