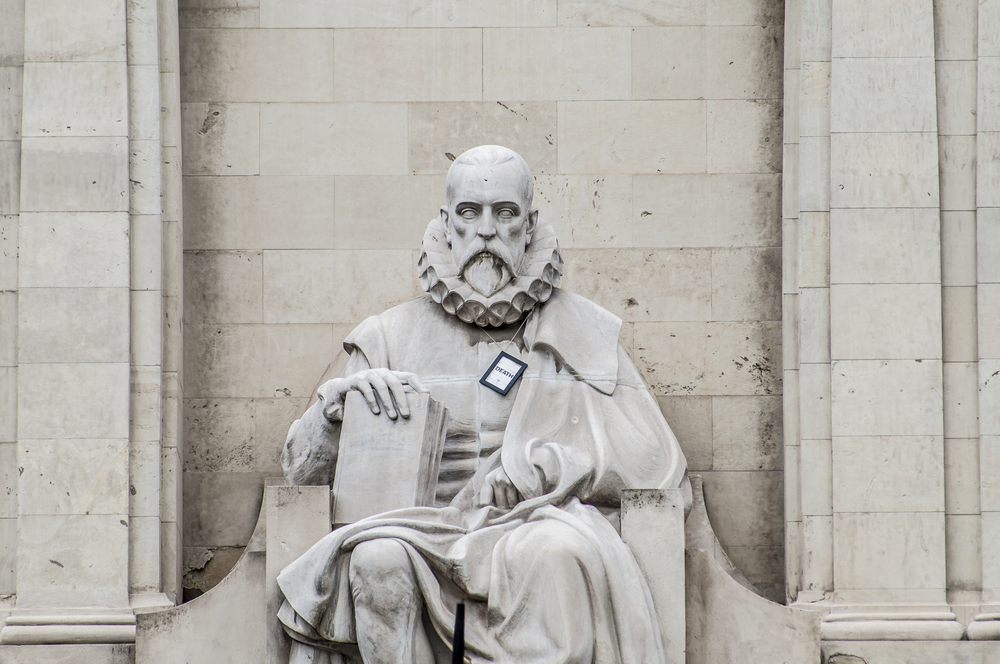 The Aldea Cultural Santa Rosa de Lima invites us all to enjoy a special exhibition under the name of Cervantes, este que veis aquí in La Romana this Friday, July 1st at 7pm. This exhibition commemorates the 400th anniversary of the death of writer Miguel de Cervantes y Saavedra, and is presented by the Centro Cultural Español (CEE) as part of their program of events in Santo Domingo. The CEE’s intention with this celebration is to make his life, work and the era more accessible to the public.

Miguel de Cervantes y Saavedra was a Spanish novelist, playwright, and poet, and the creator of Don Quixote (1605) which is considered one of the greatest literary masterpieces. He is the most important and celebrated figure in Spanish literature. No portrait of him is available, except for an excerpt of the preface to one of his books “Novelas ejemplares” (“Exemplary Novels”), written between 1590 and 1612 and printed in 1613 where he writes the following:

“This person whom you see here, with an oval visage, chestnut hair, smooth open forehead, lively eyes, a hooked but well-proportioned nose, & silvery beard that twenty years ago was golden, large moustaches, a small mouth, teeth not much to speak of, for he has but six, in bad condition and worse placed, no two of them corresponding to each other, a figure midway between the two extremes, neither tall nor short, a vivid complexion, rather fair than dark, somewhat stooped in the shoulders, and not very light footed: this, I say, is the author of ‘Galatea,’ ‘Don Quixote de la Mancha,’ ‘The Journey to Parnassus,’ which he wrote in imitation of Cesare Caporali Perusino, and other works which are current among the public, and perhaps without the author’s name. He is commonly called MIGUEL DE CERVANTES SAAVEDRA. He was for many years a soldier, and for five years and a half in captivity, where he learned to have patience in adversity.” – Miguel de Cervantes y Saavedra in “Novelas Ejemplares” 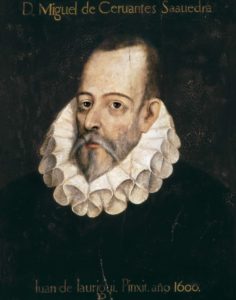 In this exhibition, various artist used this excerpt to create their own interpretation of how Cervantes looked. José Ignacio Morales, better known as “El Artístico” who is responsible for the creation of the crosses adorning the St. Stanislaus Church and the central plaza area, the church door, the famous “fish fountain” and numerous other unique and striking metallic details throughout the village is one of the artists to present his interpretation. With him joins Amy Hussein, Ariel Acosta, Carmen Deñó, Dalton Gata, Ezequiel Taveras, Franz Caba, José Cestero, José Pelletier, Julianny Ariza, Kilia Llano, Lizander Jiménez, Luis Hidalgo, Marova, Miguel Alcántara, Miguel Ramírez, Nathalie Ramírez, Pascal Meccariello, Rosalba Hernández, and Teualdys Díaz.

The exhibition will be open to the public until the 31st of July. Be part of the celebration in honor of Miguel de Cervantes Saavedra.

The Aldea Cultural Santa Rosa de Lima is on the left immediately as you cross the bridge over the Salao river entering La Romana. It is a white building which looks a little like a fortress (hence the former name – La Fortaleza). To get to it you need to be on the side of the road heading back out of La Romana, before crossing the bridge you turn right and cross over the railway tracks.