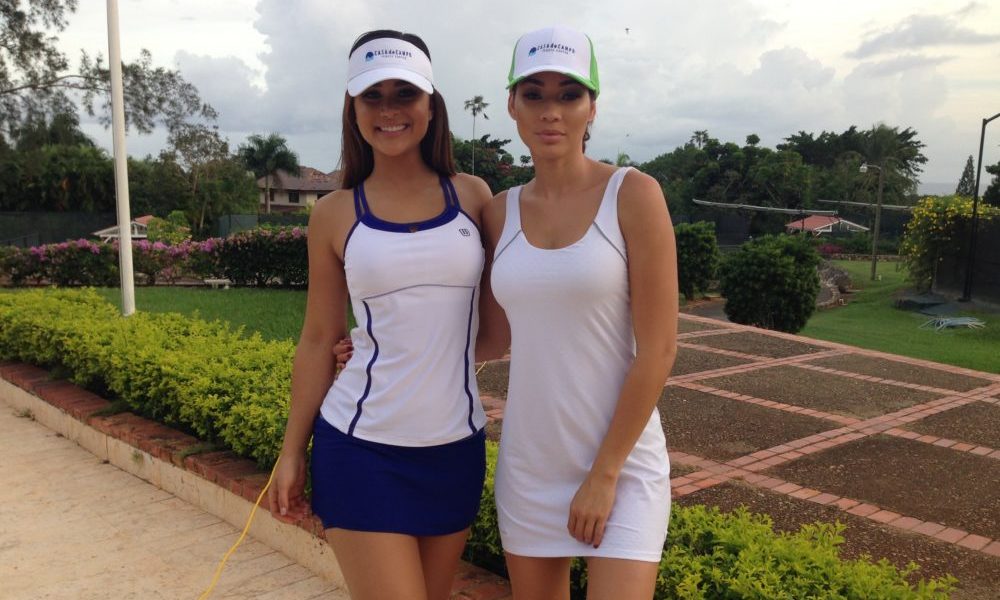 Casa de Campo continues to be the favorite getaway for celebrities who want a luxurious backdrop for photoshoots or even a little break from their busy lives, and come here to relax. Recently, we met up with former Miss Universe winner and actress Zuleyka Rivera in Altos de Chavón, toured the Fundación MIR with J.Lo and A.Rod, and NOW we’ve spotted several HOT Latin celebs here in Casa! What are they up to? We hear they’re filming a reality TV show, Cuerpos Hot Luxury Edition!!! From the tennis courts with some one-on-one time with the pros, to being serenaded at La Casita for dinner and dancing the night away to reggaeton and bachata rhythms in Genesis, they are certainly having a blast!!!

See where they’ve been from their Instagram posts below:

This very handsome Venezuelan actor and model, known for starring in various protagonist roles in telenovelas for RCTV and Venevisión did not miss the opportunity to snap a picture of himself in the iconic Altos de Chavón amphitheater.

Maripily has been a model since 1995 when she took part in the Miss Puerto Rico Petite pageant where she was a finalist. She has worked in several TV shows and launched her own clothing line and fragrance.

Jomari Goyso is back in Casa de Campo! Last year he was here on vacation, and this time around it seems he’s here for work…

Yisney is a Travel/Blogger/Influencer with a following of over 150K! She is currently based in Miami, FL and shares her life and impeccable style on her blog and Instagram page.