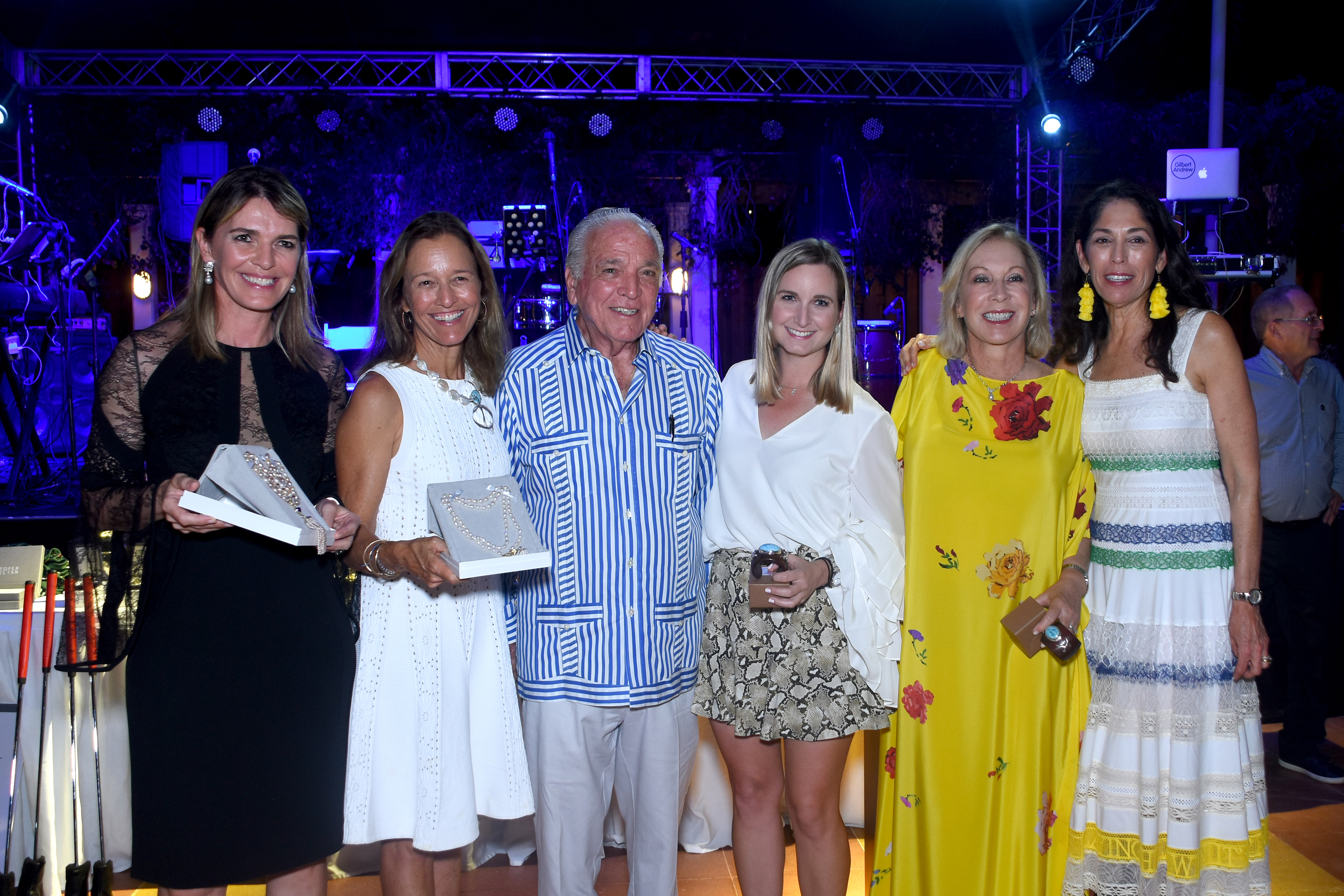 With the lady golfers playing on the Links and the Dye Fore, and the men on the Teeth of the Dog and the La Romana Country Club course, practice rounds were played on Wednesday and Thursday, whilst on Friday and Saturday, the tournament rounds took place, with the winners announced on Saturday evening.

As is the tradition, this glamorous event was accompanied by a series of superb celebratory cocktail parties and dinners – as much a part of the gathering as the golf itself. And with numerous “first timers” mingling with those who have competed for almost over decades, the atmosphere was friendly and fun, whilst the golf was (understandably) taken rather seriously.

Arriving at the LRCC for the party and prize-giving ceremony with the pressure of the competition behind them, golfers had the opportunity to relax, drink and get on the dance floor! When walking in they first encountered the MIR Bazaar which filled the clubhouse with booths from local and international vendors and all kinds of tempting products. A portion of all sales from the bazaar went to benefit Fundación MIR.

Along with the help of his daughters, Crista Ryan and Lilian Fernandez, Alfy Fanjul took the opportunity to once again welcome and thank his guests, happy to have had another great year and presented the numerous prizes to the winners. First up, were the ladies from the Sugar Golf Tournament, followed by men’s golf, ending with women tennis. Women took home beautiful jewelry by Everett Designs, and the winners of the men’s golf division were endowed with trophies and custom-made suits by Christofer Kaprelian, who later on that night also presented a donation cheque to the Fundación MIR which was received by Alfy and his wife Raysa.

After the awards were given out and all the fabulous pictures captured, the band quickly set up for a lively evening surrounding the pool that had everyone on their feet and dancing the night away!

It was a wonderful event to end an extraordinary weekend!

The following photos were taken by Wilfredo Alvarez at the La Romana Country Club in Casa de Campo on Saturday April 6th during the dinner-dance and prize-giving celebration of the 34th Annual Sugar Golf Tournament: