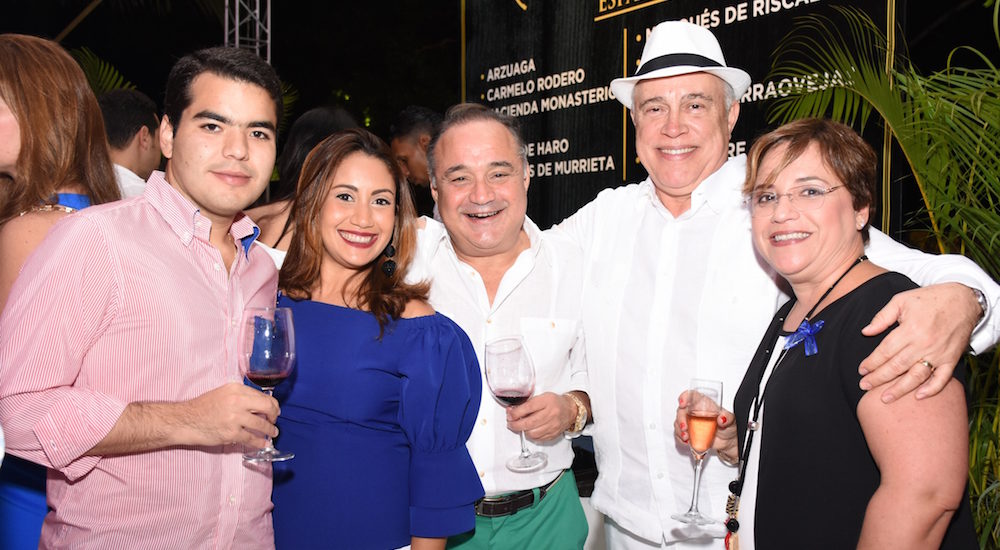 It goes without saying that Casa de Campo knows how to throw a party! Add the expertise of El Catador, a company who recently celebrated their 40th anniversary as a leading importer of wine brands from around the world, and the evening is spectacular. Such was the case last Saturday night, January 28th, at “Cata in Casa” held in the Marina. On the edge of the Chavón river, 40 wineries with more than 120 wines from different countries set up for a tasting to offer guests an unforgettable experience.

Residents from Casa de Campo, as well as Santo Domingo and throughout the Dominican Republic joined Cata in Casa, many taking to Instagram and Snapchat to share stories. It didn’t take Yazmin Yeara very long to get more than 500 likes on a single photo. Wines from Spain, Italy, Argentina, France, the United States and more were available, while sommeliers informed guests about each wine’s specific attributes and region.

Undoubtedly, the success of the event also came from the participation of some of Casa de Campo’s top restaurants. Gourmet hors d’oeuvres were prepared by Peperoni, The Beach Club, SBG, Pubbelly, La Piazzetta, Café Marietta, and La Casita to accompany the wine-tasting, and were out of this world delicious. Play the video by El Catador below for an overview and ariel shots of the event:

Guests enjoyed the company of friends and music by Anne Yvonne with La Escudería Sónica. A percentage of proceeds from ticket sales benefitted the Fundación MIR, a charity who for almost three decades has been making outstanding contributions to the children of La Romana. Just last month, they celebrated one of their most anticipated events of the year, the Magical Splendor Gala which always garners international and celebrity attention.

With sensational evenings like Cata in Casa, we look forward to more events like this this year, and El Catador’s continued longtime presence in Casa de Campo.

The following pictures were taken by Mairobi Herrera at El Catador’s “Cata in Casa” on February 29th:

El Catador is a Dominican company with more than 30 years in the market dedicated to the import and distribution of the most important wine brands of the world, and as a complement, other beverages as well. Their mission is to lead and promote the wine market in the Dominican Republic, with products of the highest recognition, exceeding the expectations of their customers, transmitting their passion and wine culture.