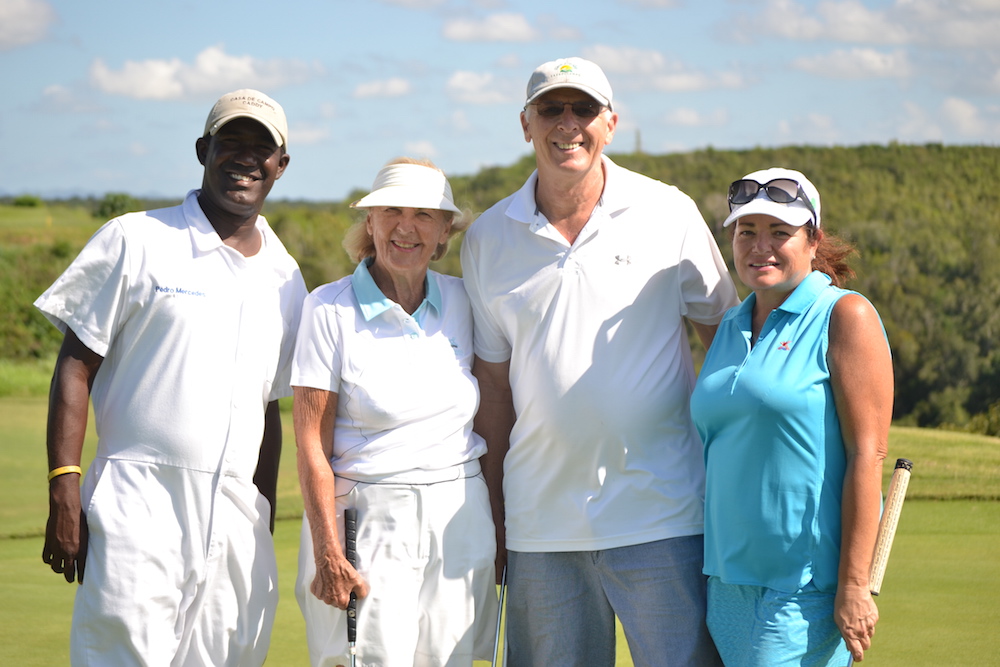 This year, Casa de Campo has prepared monthly events for its Dueños to have some more opportunities for fun on the green. The first one took place on Saturday, February 25th at the Dye Fore golf course in Altos de Chavón.  With a great turnout, dozens of villa owners and their guests enjoyed a day of exclusive golf, celebrated as an additional holiday event – Dominican Independence day – with a fun format of Red, White, and Blue Tees.

Robert Birtel, Casa de Campo’s Director of Golf Operations, arranged to have a BBQ after the tournament concluded, wherein players commented how much they enjoyed this fun and different format. Many said they are going to take this format with them back home! Definitely a great sign of success!

Winners of this 1st tournament of the Dueños Tour:

By a show of appreciation, the Golf Department has some very attractive NEW RATES for villa owners and their guests this spring season that continue through until April 30th. Take advantage of the deals and Casa de Campo’s top-ranking golf courses.

SAVE-THE-DATES below and begin practicing your swing for the 2nd Dueños Golf Tournament: March Madness that is less than a month away!

See below the gallery of pictures taken by Mariana Heredia on Saturday, February 25th during the 1st Dueños Golf Tournament: