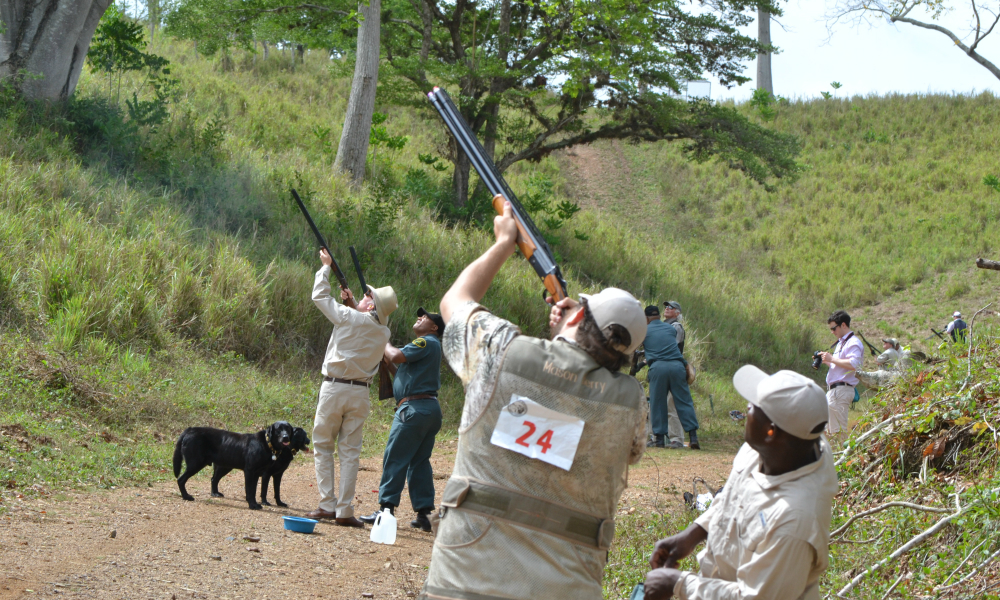 On Tuesday April 19th, the 29th Annual Sugar Shooting tournament began with the first shots fired at Rancho Peligro, Casa de Campo’s private wilderness reserve. Various shooting enthusiasts and a couple of man’s best friend made their way to the Casa de Campo Shooting facility for the first day of the tournament. We were able to see last year’s overall winner, Mason Berry ready to defend his title, Mr. J.Pepe Fanjul, the host of the Sugar Shooting Tournament, and a few others equipped to start the tournament.

The first Casa de Campo Sugar Shooting Tournament took place in 1988, hosted by J. Pepe Fanjul in celebration of the opening of a new and improved shooting facility: the Casa de Campo Shooting Center, which was originally located near the Polo Fields, and had re-opened with a Sporting Clays circuit of more than 200 stations, two pigeon rings, and a skeet and trap facility. Fifteen years later following the appointment of a new Director of Shooting, Shaun Snell, a new shooting facility at Rancho Peligro for European Style Driven Bird Shooting was opened, allowing the tournament to grow from a 4-day event to a 6-day event.

The tournament incorporates the Live Pigeon Shoot, the Colombaire and the Sporting Clays, as well as the European Style Driven Bird Shoot at Rancho Peligro, and presents prizes to the winners of each category.

There are also two additional trophies for the overall winners: the High Overall “GUBELMANN CUP” donated by Mr. James Gubelmann, was won last year by Lawrence Berry, and the High Overall Cup introduced in 2012 to include the European style Driven Bird Shoot, was won by Mason Berry.

To this day, this prestigious annual occasion gathers the most extraordinary group of people, keen shooters from across the globe who come together for a week of unrivalled shooting, cocktails, as well as fine dining at Casa de Campo’s numerous restaurants.

The following collection of images were taken by Alejandro Heredia at Rancho Peligro during the first day of the Sugar Shooting Tournament.

On Saturday evening the 25th of April, J.Pepe Fanjul with his wife Emilia hosted a wonderful dinner and prize-giving celebration at their Casa de Campo estate Casa Grande to mark the end of the 28th annual Sugar Shooting Tournament shot at the Casa de Campo Shooting Center and private wilderness reserve, Rancho Peligro.