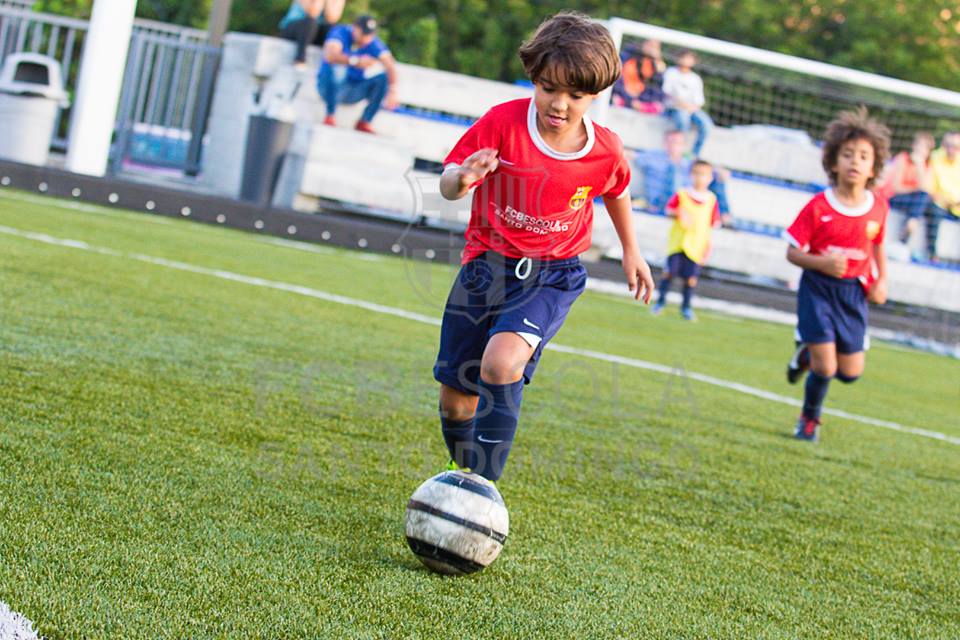 By now you must surely have heard the news that Casa de Campo has partnered with FCBEscola, one of the world’s premium soccer training schools, but did you know that to celebrate the new partnership there will be promotional soccer clinics to kick-start the program!?

The clinics will be given on Saturday the 25th and Sunday the 26th of April as a gesture to celebrate this new agreement between Casa de Campo and FCBEscola, which will promote this sport in the country that, contrary to what most people think, has a large fan base here in the Dominican Republic. In fact according to a private survey complete just 2 months ago, soccer is the second most popular sport in the Dominican Republic – second only to baseball (of course!)

The alliance between Casa de Campo and FCBEscola was announced at a press conference held in the Cacique conference room at Casa de Campo that gathered the President and General Manager of the resort with the directors of the FCBEscola in the country, which already has an extension in Santo Domingo.

Click here for more details about the agreement between Casa de Campo and FCBEscola.

Date: Saturday the 25th and Sunday the 26th of April