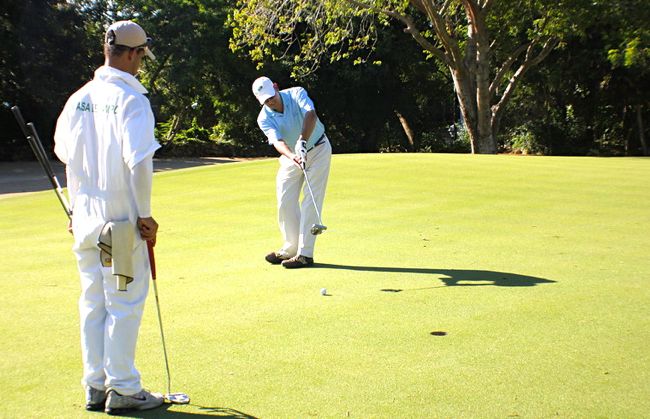 The International Pro-Am is Casa de Campo’s longest running golf tournament – taking place for the first time in 1973, less than 2 years after Casa de Campo’s first Pete Dye designed golf course; the Teeth of the Dog was inaugurated on October 14th, 1971. Today the tournament is overseen by Casa de Campo Director of Golf, Gilles Gagnon, who with 32 years experience in the resort guarantees the players all have the times of their life!

This year 68 golfers, started their Casa de Campo golf adventure with a welcome cocktail, followed by 4 days of tournament rounds played across Casa de Campo’s beautiful Pete Dye designed courses; Teeth of the Dog, Dye Fore and the Links and closed with a joyous awards ceremony and dinner at the Beach Club by Le Cirque.

The Casa de Campo “Pro-Am” series continues this week with the 30th annual Caribbean Pro-Am (January 27th – February 3rd) and in March the 26th Annual Caribbean International Pro-Am II, from the 3rd to the 10th.

Closest to the Pin

Casa de Campo’s first golf course, Pete Dye’s masterpiece, the Teeth of the Dog, was opened more than 40 years ago in 1971 thus beginning the transformation of Casa de Campo from a rural seaside retreat into a world-class golf destination, otherwise known as the “World’s Leading Golf Resort.”