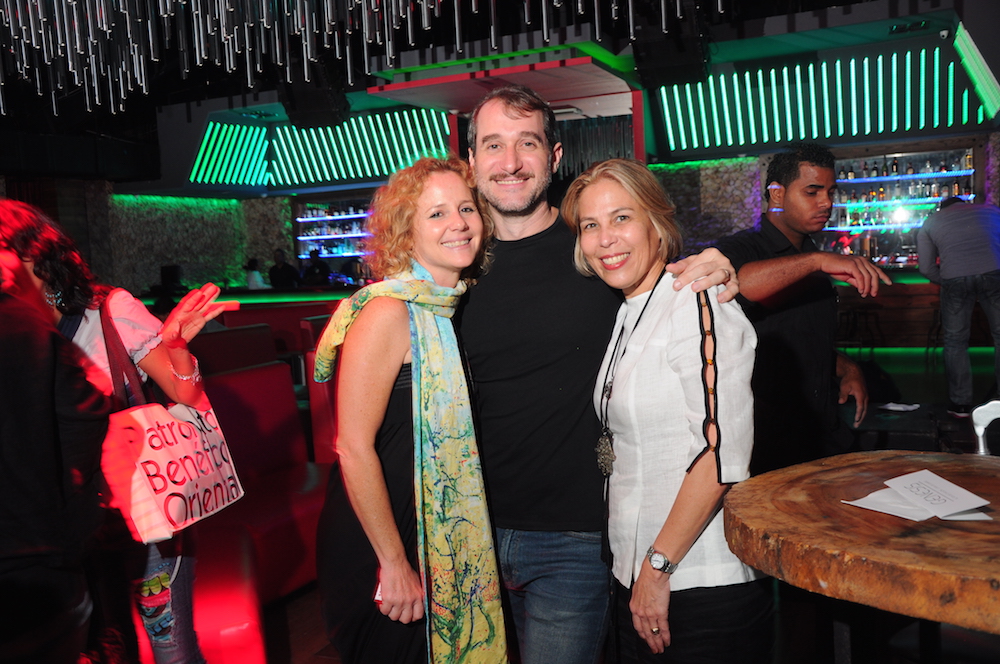 Is there anything better than laughing? A deep, hurt-your-belly laughter is always a good feeling! It can bring people together and create amazing connections with others, even if you don’t know them that well. This is exactly what happened last Friday, November 24th at Genesis Nightclub with Carlos Sánchez’s presentation, “100 Chistes” that benefited the Hogar del Niño.

The last time the fun-loving family man was here was for his first performance in the resort at Onno’s Bar & Restaurant, where he made us all laugh with jokes about being a Dad. From start to finish we were captivated, and once he finished, I was still craving more! So for starters, THANK YOU Patronato Benefico Oriental for bringing him back to the resort as an incredible “warm-up” to the Casa de Campo Corre that took place two days later on Sunday, November 26th.

Around 9:30pm, Xiomarita Menéndez got on stage and welcomed everybody to the event, thanking them for their continued support to the Patronato Benefico Oriental and Hogar del Niño; she even joked that there wouldn’t be a lot of drinking that night since the runners had to be in optimum conditions for the upcoming race. A few minutes later, she introduced Carlos Sánchez, of Carlos Comic, who walked on stage and expressed how happy he was to support the school for several years now, acting as a host for the Casa de Campo Corre and that this was his first show to benefit the charity, adding that they could always count on him.

With the theme “100 Chistes” (100 Jokes), Carlos explained that for this particular comedy routine he would be using the screen behind him to count up to the number one-hundred and when all jokes were told, that would be it for the night! Most of the audience complained since we obviously wanted more than that out of this talented comedian. In hindsight, 100 jokes is a lot, and we were even given a couple of bonuses which he didn’t add to the counter! Yei! His jokes covered different concepts, some he even cataloged as “cruel” — which amongst adults would be ok, but maybe not entirely appropriate for the few kids present. He was reassured by their mother that it was fine to proceed… Whew!

Everybody laughed at each and every joke! I’m pretty sure we all forgot all of our problems and felt rejuvenated by the end of the night. Towards the end, he mentioned that thanks to the suggestion of “Helen” he had finally decided to do a full English comedy performance and that it might be next year around Semana Santa! Everybody was very happy for the news but also confused not knowing who this “Helen” person was, until he finally recalled her actual name and it was none other than my fellow writer here at Casa de Campo Living, Heather Lincoln! So, thank you for giving him that extra push he needed to start on a new journey of English comedy routines, I’m sure we’re going to love it!

It was definitely a great way to start the weekend. I have to agree that laughter is the best medicine and can cure almost anything! It made my week and what was even better was knowing it was for such a great cause, the Hogar del Niño. Unfortunately we can’t retell all the jokes, at least not with his charisma, so if you didn’t get a chance to go, see below some pictures of the event and stay tuned for details of any upcoming show!

The gallery of photos below was taken by Dibenchi de los Santos at Carlos Sánchez’s “100 Chistes” last Friday, November 24th: