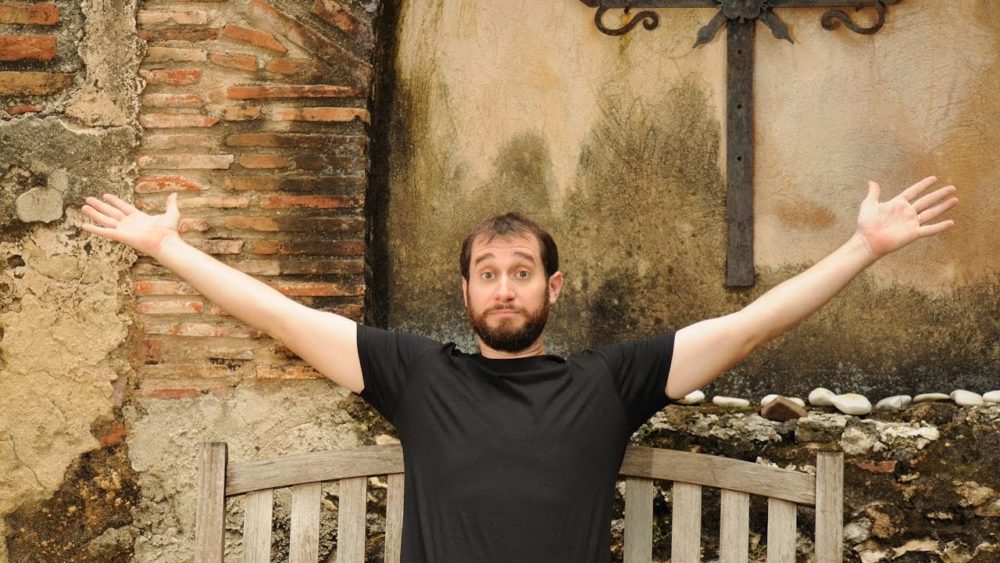 Comedian Carlos Sanchez is coming to Casa de Campo!!! You may remember his performance in the resort last year at Onno’s Bar & Restaurant where the fun-loving family man cracked jokes about being a Dad. Now, Carlos returns this time to the stage at Genesis Nightclub in Altos de Chavón where no doubt he’ll deliver another hilarious show.

Carlos tells Casa de Campo Living he’s been involved with the Hogar del Niño for several years now, acting as a host for the Casa de Campo Corre, but it’s his first show to benefit the charity. With the theme “100 jokes” the comedy routine uses a screen in the background counting up to the number one-hundred and when all jokes are told, that’s it folks! It’s simple, but very fun and entertaining. The famed comedian says he’s had very good results with the theme in the past and looks forward to bringing it to Casa de Campo. With the resort’s international crowd, I’ve even inquired if he’ll throw in some English jokes into the act… Fingers crossed!

Of the Hogar del Niño, Carlos notes he really likes the job they’re doing and whatever they need it’s a go from him. “It’s a great cause that everyone should support. We have to remember how lucky we are and that there are many out there who aren’t as fortunate. We all have problems and issues, regardless of income, but if we have food, shelter, family and health, everything after that is extra. There are those living without basic necessities, and I see charity as giving a little bit of our luck to other people who haven’t had it.”

Mark your calendars for Friday, November 24th, for the Carlos Comic comedy routine. It falls just two days before the 2017 Casa de Campo Corre, where we also encourage your participation! Prepare to laugh a lot because with 100 jokes, we may be clinching our stomachs before too long!

To see some fun comedy clips of Carlos Sanchez’s acts, visit carloscomic.com or follow him on Instagram at @carloscomic.

Tickets: RD $1,000. Purchase your tickets from the Hogar del Niño in La Romana or at the door the night of the show!